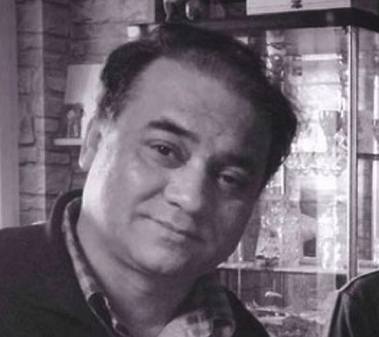 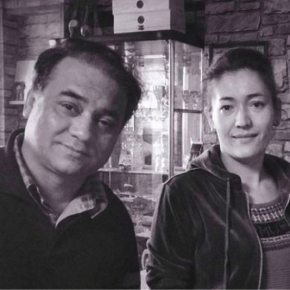 Beijing police seized Ilham Tohti from his home in January 2014. Without producing a warrant, officers searched his residence over two days and confiscated laptop computers, cell phones, documents, and manuscripts. Ilham Tohti was arrested in February after Xinjiang authorities had held him incommunicado for weeks on a charge of “splittism” (Article 103 (1) of China’s Criminal Law), a crime eligible for the death penalty (Article 113). Ilham Tohti’s lawyers, Li Fangping (李方平) and Wang Yu (王宇) (the latter was later pressured to leave the case), were blocked from visiting him for more than six months. Authorities denied their requests for a pre-trial meeting with Ilham Tohti in June amid rumors that Ilham had been sentenced in a secret trial. The lawyers later learned the case had been transferred to the Urumqi City People’s Procuratorate on June 19, and that no trial had taken place.

Ilham Tohti’s lawyers were allowed the first visit with their client on June 26, 2014, when they learned that Ilham was suffering from a number of medical conditions and has been mistreated in detention. He has liver pain, possibly caused by an unknown condition but no tests have been conducted since he was detained, as well as heart disease, pharyngitis (an inflammation of the pharynx), and prostatitis (infection of the prostate). He told his lawyers that he has been given some medication, but his conditions have not been effectively treated. Since being detained, Ilham Tohti has had his legs shackled for 20 days, and was deprived of food from March 1-10, after the attack on the Kunming Train Station by suspected Uyghur separatists. He also went on a hunger strike from January 16-26 in protest over being given food that was not prepared according to Islamic dietary rules. Over the first six months of his detention, Ilham lost 35 pounds (16 kilograms). His lawyers submitted a complaint to the Xinjiang Uyghur Autonomous Region Procuratorate on June 27, 2014, but no investigation was conducted.

During Ilham Tohti’s trial on September 17-18, the court refused to call any of the defendant’s witnesses to testify. Authorities also barred any members of the public, including diplomats and journalists, from entering the courtroom, while packing it with court staff and government officials. In addition, authorities rejected Ilham Tohti and his lawyers Liu Xiaoyuan (刘晓原) and Li Fangping’s request to hold the trial in Beijing, where Ilham works and has been a long-time resident, preventing even a remote chance of a fair trial. At his post-trial meeting on September 19, lawyers saw that Ilham was wearing leg shackles and protested to the guards. They replied that he was shackled since he was accused of an offense that belongs to the cluster of “endangering state security” crimes in the Criminal Law. In addition to the life sentence, the court order all of his assets seized.

Ilham Tohti, born in 1969, has been a professor at the Central University for Nationalities (Minzu University) in Beijing and a leading advocate on Uyghur issues. He co-founded the website Uyghur Online (http://www.uighurbiz.net) in 2006 to promote better understanding between Uyghurs and Han Chinese. The website, which authorities shut down after Tohti was seized in January, is blocked inside China and frequently targeted by government censors.

In addition, Ilham Tohti had often been placed under unlawful house arrest and harassed by police. On July 8, 2009, he was held incommunicado after voicing concerns over the July 5th riots in Urumqi and only released on August 23. In February 2013, he was detained at Beijing Capital International Airport and prevented from travelling to the United States to take up a post as a visiting scholar at Indiana University. In November 2013, security officers reportedly rammed his car and threatened his family. According to his daughter, his family members have been subjected to collective punishment since he was taken into custody; they have endured limited access to their bank accounts, 24-hour police surveillance, and monitored communications, and authorities have threatened Ilham Tohti’s wife that she will lose her job. Ilham Tohti was the winner of the 2014 PEN/Barbara Goldmith Freedom to Write Award, which “honors writers who have fought courageously in the face of adversity for right to freedom of expression.” In 2016, he was awarded the Martin Ennals Award for Human Rights Defenders and nominated for the European Parliament’s Sakharov Prize for Freedom of Thought.

Ilham Tohti, “The Road to My Life Choice of Ideals and Career” (伊力哈木：我的理想和事业选择之路), January 17, 2014, (English translation – via Chinachange.org)