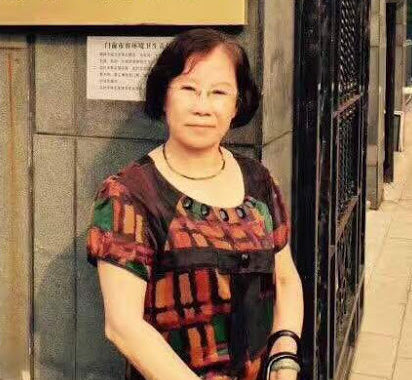 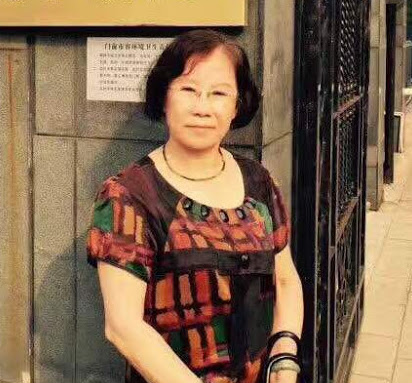 Liaoning police seized veteran human rights lawyer Li Yuhan on October 9, 2017. They took her away without providing a warrant or notice to her family. However, Li was able to send her brother a text message that day, revealing that she was being taken away by officers from the Heping Sub-division of the Shenyang City Public Security Bureau. She was then disappeared for three weeks. Li’s detention, according to her lawyer, Lin Qilei (蔺其磊), appears to be partly in retaliation for her repeated appeals to authorities to locate and support lawyers who had disappeared into police custody in the “709” Crackdown. The oft-persecuted Li had represented lawyer Wang Yu (王宇), one of the main crackdown targets. Authorities had made clear that they regarded Li’s work on Wang’s case as “sensitive,” warning Li’s family members to “keep their distance” from Li, or else “face severe consequences.”

From October 9, Li’s family frequently inquired about her whereabouts at the Shenyang City Letters and Visits Office, and only in late October did a police officer confirm her location and detention status. Lawyer Lin Qilei, who along with Li’s brother visited the detained lawyer on November 9 for the first time, has reported her allegations that she had been tortured and mistreated in custody. Li revealed that officers had hooded her when seizing her, and threatened to kill her if she did not give up her cellphone password. Police formally arrested Li Yuhan on November 15, 2017 on suspicion of “picking quarrels and provoking trouble.” In February/March 2018, authorities added the charge of “fraud” to the arrest sheet.

In subsequent visits with her lawyers, Li has made serious allegations of torture, including deprivation of medical care. During another visit by Lin in November, Li was having difficulty walking, and told Lin that she had suffered severe chills after a basin of cold water had been poured on her while bathing. When Li had complained about pain and discomfort, the head of discipline management mocked Li and threatened to have her handcuffs tightened. Police eventually took Li to a hospital for an examination, but even there she was not given food or water. Upon returning to the detention center, a guard pushed her roughly back into a cell.

According to information released by lawyer Li Boguang (李柏光) who had met her on December 4, a female detention guard and other detainees have continued to force the elderly Li to bathe in ice cold water during the freezing winter in Shenyang, where the weather is around 10 degrees below zero. She only receives one steamed bun during meals while other detainees receive two. As a result, preexisting medical conditions have flared up, but guards refused to give her any medication and she only received some medicine from her family. Li Yuhan requested to see a doctor, but the officials refused and reportedly told her, “Hurry up and die! It’s good for you to get closer to death, as we sooner or later want to beat you to death, you old woman.” Li’s mental state is also reportedly suffering due to the psychological torture.

Li Yuhan has a several medication conditions: arrhythmia (abnormal heath rhythm) and is suffering from complications, such as fluttering in chest and tremors, coronary heart disease, unstable angina, hyperthyroidism, acute erosive gastritis (inflammation of the stomach with lesions in the mucous membrane and ulcers), cerebral concussion, and cerebral ischemic (blood clots in the cerebral vessel).

Like other rights lawyers in China, Li has been subjected to physical violence and harassment by police and other agents in attempts to interfere in her independence as a lawyer. In Li’s case, abuses go back over a decade. In one of the more recent incidents, Beijing police kidnapped and assaulted Li in May 2015 after she had reported to authorities the illegal behavior of local officials, who she maintained had obstructed justice in a civil lawsuit case. While Li was in custody at that time, an officer shoved her head against a toilet and she lost consciousness. After her release, Li was diagnosed with a concussion and many injuries.

Violence that Li has suffered has exacerbated her persistent medical conditions, and she has had to suspend her work due to her poor health. Li has been admitted to the hospital several times since 2015, as she is at high risk of cerebral hemorrhage and stroke. In March 2017, Li required extensive medical treatment and surgery for worsening illnesses, and her hefty medical fees were covered through donations raised from supporters. When taken into custody in October 2017, Li was reportedly suffering from atrial fibrillation arrhythmia, coronary heart disease, hyperthyroidism, diffuse gastritis, and other health problems.

On October 17, 2018, lawyers Ma Wei (马卫) and Wu Li (吴莉) visited Li Yuhan, and the next day they went to a court for a pre-trial hearing. Li provided the lawyers several updates on her conditions in detention on October 17. Li was still taking medication to treat a heart condition and gastritis. She also was being abused by cellmates; one of her abusers, who had been verbally abusive, was apparently given extra food by guards as reward for her behavior, and another inmate had stolen some of Li’s possessions and poured soup on her clothing. In late September, Li had written a complaint to detention authorities about ill-treatment that she was suffering. This led to a dispute between lawyer Li and the head of discipline management, however, and as apparent punishment Li was given less drinking water, causing her some dehydration, and she was provided less medication. The head of discipline management also refused to allow Li to bring materials that she had prepared to the pre-trial hearing, set for the following day.

At pre-trial proceedings on October 18, 2018, the lawyers obtained evidence in Li’s case and submitted new evidence, and witnesses appeared. The presiding judge reportedly did not provide any justification for delaying prosecution of the case but did say that case proceedings would begin the following week. The lawyers asked if the judge could move the hearing to a larger courtroom to allow more observers to attend the trial, but the judge said there was no bigger courtroom available.

Li’s lawyer visited her in early March 2019, where he found out that Li had been taken to the hospital before the Lunar New Year (in early February) for tests on her stomach and for hyperthyroidism, but still had not been told the results. She also said she was meant to see doctors about her heart and orthopedics in two days time, but that her lawyer likely couldn’t accompany her. It’s unknown if she was actually allowed to see the specialists. Her lawyers had been trying to contact the court about the delay in holding a trial hearing, but there had been no response from authorities.

A trial was scheduled for April 9, 2019, but acccording to Li’s brother Li Wensheng (李文生), it was abuptly cancelled on April 6. Li Wensheng travelled to Shenyang Heping District Court on April 9 to see the judge in the case, but was told he was not allowed to meet with him.

On June 4, 2019 Li Yuhan’s two lawyers Ma Wei and Wu Li went to meet her at the detention center, where officials informed them that she had dismissed them as her lawyers as of April 18. The two lawyers asked to see her face-to-face to receive confirmation, and the detention center brough Li out to briefly meet them. She confirm she dismissed them because of the risks and pressure they faced for being her lawyer.

Li Yuhan later appointed a new lawyer of her own choice. This lawyer met her in the detention center on January 8, 2020. Li Yuhan is elderly and the lawyer reported she is still suffering from various medical conditions. The lawyer had applied for bail on the grounds she has been held in prolonged pre-trial detention, but the application was refused. Since the January 2020 visit, authorities have blocked all visits from the lawyer by citing the coronavirus pandemic.

Born on October 9, 1957, Li Yuhan began practicing law in Liaoning in 1991, but moved to Beijing in 2009 to get away from harassment and persecution by Shenyang police. Before her current detention, she was practicing law at the Beijing Dunxin Law Firm. Lawyer Li spoke to members of the UN Committee against Torture in November 2015 about the rapidly worsening situation of lawyers detained in the “709 Crackdown,” as part of an effort to provide information from civil society to the Committee for its review of China’s implementation of the Convention against Torture.