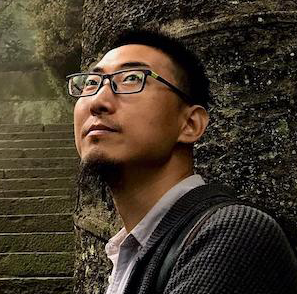 Wang Jianbing, originally from Gansu province, is a social activist based in Guangdong province with years of wide-ranging experience in Chinese civil society, including in rural education, empowerment of persons with disabilities, and supporting workers who had contracted pneumoconiosis from poor working conditions. He was also a strong supporter of China’s #MeToo movement. Despite all of this, friends say that Wang was humble, and thought of himself as “just an ordinary Chinese activist”.

On September 19, 2021, Wang Jianbing and his friend Huang Xueqin, an independent journalist, went missing in Guangzhou. Huang Xueqin had planned to travel to the UK via Hong Kong the next day to begin a master’s program at the University of Sussex and Wang planned to see her off from the airport in Guangzhou.

After their detention, the authorities would not confirm where they were detained or what the charges were. Wang Jianbing’s father and other family members went to at least four police stations to enquire about Wang’s whereabouts and to file complaints, but the authorities would not provide them with a detention notice or any formal communications to say that he was in state custody. However, the Haizhu District Police Petitioning Office Chief said to Wang’s family in late September 2021: “Wang Jianbing’s case is being handled by the Guangzhou Police, but with respect to the specific crimes and criminal coercive measures taken, it is not convenient to let you know. The case is underway, you don’t need to go looking everywhere. In some special cases, [we] can’t just notify the family members right away.”

Wang’s family was also notified on September 30, 2021 by the Guangzhou police that his case was being handled by them, and warned that the family should stay quiet about it.  According to the Criminal Procedure Law, family members should be provided with a notice in writing when their family member is either placed in criminal detention or “residential surveillance in a designated location”.

Huang and Wang were formally arrested on October 27, 2021 by Guangzhou authorities on the charge of “inciting subversion of state power.” The arrest notice sent to Wang’s family on November 5 claimed that Wang was being held at the Guangzhou No 1 Detention Center. However, even after this notice was given to the family, authorities continued to hold Wang incommunicado and denied visits by family members and access to lawyers.

On March 27, 2022, public security officials referred their cases to the Guangzhou Municipal Procuratorate for prosecution. On April 1, Wang Jianbing was permitted to see his lawyer via a video conference for the first time. Wang said he had recently been transferred to the Guangzhou Number 1 Detention Center after being held in a “quarantine area” for five months, presumably a facility for RSDL (“residential surveillance in a designated location,” a form of secret detention), which he did not know the precise location of. (This despite the arrest notice saying he was at the Guangzhou No 1 Detention Center). At that site, he was detained alone and subjected to prolonged interrogations and deprived adequate food. He said he suffered from mental health issues and gastrointestinal problems.

Since he has been transferred to a detention center, friends have been able to save money in his account (for purchasing food and toiletries) but it is unclear whether he can actually access these funds.

It has also emerged that over 70 of Wang and Huang’s friends were interrogated by police in Guangzhou, and the police were seeking testimony from them to build a criminal case against Wang and Huang. Activists note that Wang frequently engaged in informal gathering with friends, but that these gatherings not have any explicit structure or political intent. According to a profile in the Washington Post, Wang’s apartment simply served as a gathering place for activists to talk where “…attendees would share experiences about work in China’s embattled nonprofit sector, about being LGBTQ or about preserving mental health when marginalized by the Chinese Communist Party’s vision of society”. It is thus unclear what exactly are the motives of the government with respect to Wang’s persecution.

Authorities have continued to block Huang Xueqin’s lawyer from visiting her or reading her case files.

The UN Working Group on Arbitrary Detention determined that Wang Jianbing was being held arbitrarily, and that the government should take urgent action to ensure Wang’s “immediate unconditional release”.