The Enduring Corporate Entrenchment in China

November 17, 2022       Comments Off on The Enduring Corporate Entrenchment in China 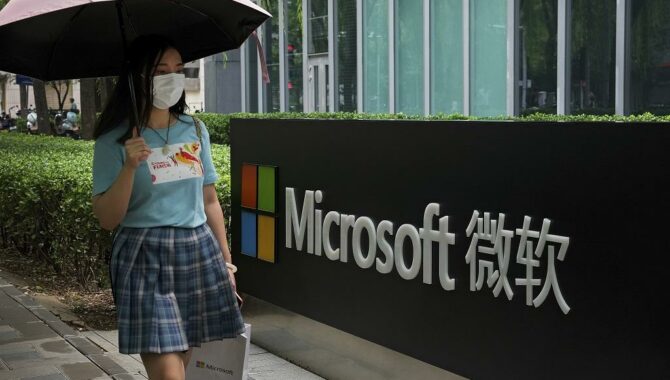 Originally published by THE AMERICAN PROSPECT on Nov. 17, 2022

Contrary to Thomas Friedman, Wall Street still makes a killing from China at the expense of workers.

Thomas Friedman has spent the past quarter-century evangelizing about free trade, asking us to be more open-minded about the potential “great advantages” of one-party rule for China, and may have coined the phrase “Chinese Dream.” Now he has a new message to deliver: The biggest development of 2022 is “Chexit.”

“Chexit” is Friedman’s term for China cutting ties with Western businesses and money. He claims that China has finally driven U.S. businesses away with rampant IP theft and obstacles to market access. The only example he cites is a decades-old dispute about access to China’s credit card market, but when has Friedman ever let reality get in the way of a good story?

It seems almost quaint for Friedman to trot out these grievances about Chinese policies toward foreign companies, because they have persisted for years without dampening their enthusiasm for doing business in China. But Friedman, recalling a 2018 trip to China where government and business figures told him his concerns were dated, has decided that this was when Chinese leaders had finally gone too far with their nationalist hubris. According to Friedman, China’s overweening protectionism, coupled with a distaste for Xi Jinping’s rhetorical emphasis on Marxism, is what is driving Western businesses—Beijing’s most effective lobbyists in Washington—to change their direction.

While Chinese and U.S. businesses have benefited from the low cost of Chinese labor at the expense of workers’ incomes and well-being, U.S. workers have lost out.

While American businesses are expressing more skepticism about investing in China, the real picture doesn’t line up as Friedman describes it. COVID lockdowns in China have caused supply chain disruptions that have companies publicly expressing worries, but multinationals have also emphasized that decades of infrastructure and logistics expertise would be difficult to rebuild elsewhere. Though supply chain diversification and “friendshoring” have become buzzwords of the moment, this has not quite borne out in the trade data.

“There hasn’t been an across-the-board decoupling,” said Brad Setser, a senior fellow at the Center on Foreign Relations and former senior adviser to the United States trade representative, over email. “The U.S. and the Chinese trade data don’t completely agree anymore (China reports more exports than the U.S. does imports) but the numbers suggest that China remains a very important source of supply for many manufactured goods. China’s share of global trade is actually up significantly compared to the year before the pandemic,” said Setser.

Neither do investments align with Friedman’s story. A recent report by the American Chamber of Commerce in Shanghai found that 19 percent of U.S. companies plan to reduce their investments in China, up from only 10 percent last year. According to that same study, another 30 percent plan to increase their investments.

Wall Street is in a particularly good position to continue to profit from China, with the Phase One trade agreement signed in the final days of the Trump administration having secured their ability to operate in the country. Goldman Sachs, JPMorgan Chase, and BlackRock have all moved to be the sole owners of their Chinese subsidiaries. These financial titans are unlikely to want to give up this hard-won and lucrative relationship.

Take for example Goldman Sachs’s history in China. When Henry Paulson, who would later become U.S. Treasury secretary, was head of Goldman Sachs, “he went out of his way to travel there and get to know the top leaders of the country, starting in 1992,” says William Cohan, author of Money and Power: How Goldman Sachs Came to Rule the World. Paulson was introduced to Jiang Zemin before he became president of China, and got to know premier Zhu Rongji. “So with those kinds of connections and that kind of influence, it’s no wonder Goldman has a long-standing interest in China and a high level of success there,” said Cohan.

Friedman’s central claim is that the Chinese government has lost its key ally in Washington, the U.S. business lobby. But this does not seem to be backed up by what is happening on the ground.

“The usual corporate lobby groups are in the press constantly fighting against the Biden administration’s trade and industrial policies aimed at reducing reliance on China, from winning a waiver for imports of subsidized and forced labor–tainted solar equipment to attacking the very notion of delinkage of any level,” said Lori Wallach, the director of the Rethink Trade program at the American Economic Liberties Project. “And now there is a new wave of Hollywood and Big Tech complying with various [Chinese] censorship demands.”

On the other side, China can’t afford to cut ties with the global economy. The Chinese economy is reliant on exporting manufactured goods to acquire capital. It does this by flooding international markets, and the U.S. market in particular. Although Chinese leaders have declared a long-term objective of shifting to a demand-driven economy, Chinese citizens simply do not make enough money to support a domestic consumer market for all of China’s manufacturing capacity—U.S. consumers spent $16.5 trillion in 2021 compared with Chinese consumers at $6.6 trillion.

Current data and incentives therefore show that we can anticipate U.S.-China business as usual for some time. But this was never the stable, prosperous world that Friedman and the U.S. business community claim. Chinese goods are underpriced largely because of state repression of workers’ rights, including violent crackdowns on workers complaining about labor conditions, unpaid wages, or workplace injuries, as well as restricting the social benefits of rural migrants. This has led to tremendous inequality within China.

Business journalist Matthew Klein notes: “In China, the party-state transfers spending power from workers and retirees to prop up exporters, including foreign-owned manufacturers, and to finance megaprojects of dubious value.” This is also the reason why Chinese consumers can’t hold up the Chinese economy: Hundreds of millions of Chinese workers would need to earn more to spend more—82 percent of the population is still low- or lower-middle-income, spending less than $20 a day.

While Chinese and U.S. businesses have benefited from the low cost of Chinese labor at the expense of workers’ incomes and well-being, U.S. workers have lost out. In the first ten years after the U.S. approved permanent normal trade relations with China, 2.4 million U.S. jobs went to China. The market realities have not changed since this time: The price of making goods will always be cheaper in China so long as Chinese workers’ labor rights are repressed, undermining the ability of U.S. workers to compete to make strategic goods like semiconductors to sell to U.S. consumers even despite significant infrastructure spending in the CHIPS Act.

The Biden administration has imposed harsh restrictions on semiconductor-related exports to China, in a serious effort to damage Chinese technology and military capacity. But chip businesses have not yet used that action as a hinge point to bail out of China. The Semiconductor Industry Association trade group has asked the White House to “implement the rules in a targeted way” to “mitigate unintended harm to U.S. innovation.”

In Trade Wars Are Class Wars, Klein and economist Michael Pettis argue that rather than look at the U.S.-China trade relationship as a competition between nations, we should see it as a balancing act between both the labor and investment sectors of both countries—a balance that has been tipped heavily in favor of corporate interests. Klein and Pettis also note that persistent domestic inequality tends to increase the likelihood of right-wing political appeals to nationalism in order to distract from internal problems, and indeed the U.S. counties that lost jobs after normalizing trade relations with China flipped from blue to red to elect Donald Trump in 2016. Meanwhile, nationalist rhetoric and policies have also flourished among Chinese leaders in recent years.

The U.S.-China trade relationship over the last four decades has never favored “the one-sixth of humanity who speak Chinese,” as Friedman argues, nor has it delivered the international geopolitical stability he claims. Instead, it has facilitated the massive transfer of wealth out of the working class in both countries, weakening both economies and seriously eroding democracy with far-reaching effects.