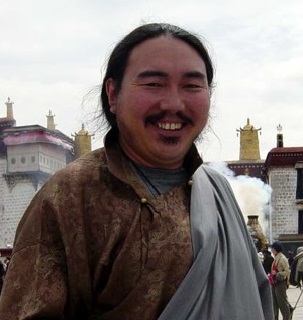 Length of Punishment: 15 years plus 5 years of deprivation of political rights & 10,000 RMB fine

Karma Samdrup, a prominent Tibetan businessman and environmentalist, was arrested in early 2010 on the charge of excavating and robbing ancient tombs, and later sentenced to 15 years in prison. The alleged crime of “grave-robbing” stemmed from Xinjiang police charging Karma in 1998 with purchasing $10,000 worth of stolen seventh-century rugs, embroidered pillows and shoes looted from archaeological sites. Karma defended his innocence at the time, and the charges were dropped due to lack of evidence. However, in a clear act of retaliation, authorities reinstated the more than decade-old charge after Karma defended his two brothers’ innocence after they spoke out against official poaching done in nature reserves in Tibet. Shortly after Karma voiced the mistreatment his brothers had suffered in prison, he himself was arrested and tortured. During his trial in June 2010, the judge ignored Karma’s claims that he was tortured, and the prosecutor presented altered evidence and a mysterious witness.

Born on May 8, 1968, Karma was once celebrated as a Tibetan philanthropist by the central government for his environmental work in protecting rivers in China and for providing officials pieces from his art collection.

Report on Several Issues Raised by the Chinese Government’s Response to the UN Committee Against Torture’s Recommendations for Follow-Up in 2009, August 5, 2010, CHRD