June 24, 2014       Comments Off on Watch List of Detainees and Prisoners of Conscience in Need of Medical Attention 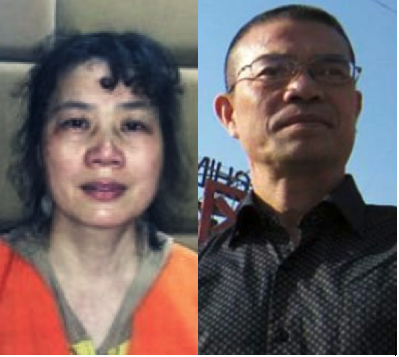 Depriving medical treatment to individuals in custody is a life-threatening form of torture. Authorities’ failure or refusal to provide adequate medical care for detainees violates Chinese law and, among other international standards, the Convention against Torture, the International Covenant on Civil and Political Rights, and the Basic Principles for the Treatment of Prisoners. In the Concluding Observations from its review of China in May 2014, the UN Committee on Economic, Social and Cultural Rights expressed its concern about reports that detained Chinese activists and lawyers have been deprived of medical care as a form of government reprisal. Recognizing this serious issue, the Committee urged China to guarantee these individuals “have adequate access to health care in all circumstances.”

The deprivation of medical care to further persecute detainees and prisoners of conscience reflects a tacit central government policy and a systematic pattern in practice. This form of abuse has led to the death of activists, as seen most recently in the tragic case of Cao Shunli (曹顺利). Ms. Cao was managing health conditions at the time she was seized in September 2013, but she was not allowed to take medication that she had brought into detention. After not receiving adequate medical treatment, Cao eventually died in March 2014 from complications of illnesses that worsened or came about during over five months in custody. Others who have died after not being provided medical care in custody include Chen Xiaoming (陈晓明), Duan Huimin (段惠民), and Goshul Lobsang.

CHRD launched our Medical Watch List of Chinese detainees and prisoners of conscience on June 26, 2014, to mark the United Nations’ International Day of Support of Victims of Torture. Below are cases of currently detained or imprisoned individuals who suffer from deteriorating health and have been deprived of adequate medical treatment and denied release on medical grounds. Many of these individuals are experiencing the same pattern of abuse that led to the death of Cao Shunli—a lack of access to adequate medical treatment while in custody, a gradual decline of health and development of new illnesses or injuries from torture, and rejection of (or no response to) requests by lawyers or family members for medical release. CHRD will be updating this list on a regular basis with new information. Those listed under as “under watch” are currently held in detention centers or prisons. However, the government confirmed individuals released on medical parole are not “free”, and thus may not have full choice of medical treatment and doctors. Some individuals previously on the list and since released continue to be denied access to necessary medical care.

The following 11 individuals are currently under medical watch:

The following 26 individuals were previously under watch and have since been released: