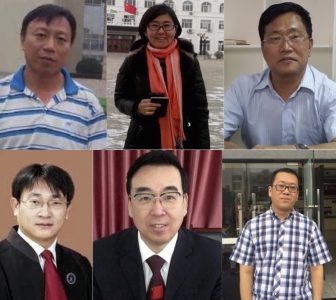 July 13, 2015       Comments Off on Individuals Affected by July 9 Crackdown on Rights Lawyers

Massive police operations targeting human right lawyers and coordinated by the Ministry of Public Security began on July 9 across China. The following is a list of detentions, including “residential surveillance” in unknown locations, disappearances (police custody in unknown location for more than 24 hours), and those released after summons (read more…)

END_OF_DOCUMENT_TOKEN_TO_BE_REPLACED 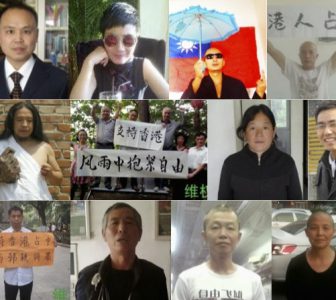 A number of Chinese citizens have faced reprisals for supporting the Hong Kong protests for universal suffrage, which began in September 2014. The occupation of several areas in the territory, including parts of its financial and political center, has inspired many Chinese on the mainland. To date, CHRD has documented (read more…)

END_OF_DOCUMENT_TOKEN_TO_BE_REPLACED 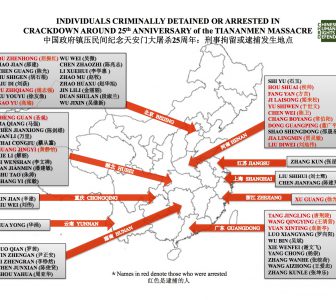 May 29, 2014       Comments Off on Individuals Affected by Government Crackdown Around 25th Anniversary of Tiananmen Massacre

Two months before the 25th anniversary of the Tiananmen Massacre, authorities in China began detaining, disappearing, questioning, and intimidating Chinese dissidents, human rights lawyers and activists, journalists, and others. Many of the targeted individuals took part in the pro-democracy demonstrations in the spring of 1989. CHRD has documented 152 individuals (read more…)

END_OF_DOCUMENT_TOKEN_TO_BE_REPLACED 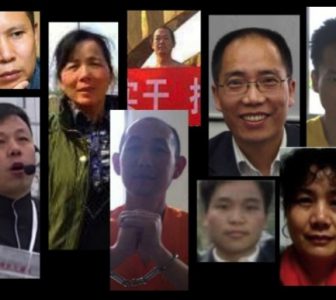 July 17, 2013       Comments Off on Individuals Detained in 2013 Crackdown on Peaceful Assembly, Association & Expression

Beginning in March 2013, Chinese police took into custody dozens of citizens in a crackdown meant to suppress peaceful assembly, association and expression around the country. CHRD confirmed cases of 70 individuals taken into police custody, with 40 of these tried and convicted. Twenty-nine people were released on “bail awaiting (read more…)

END_OF_DOCUMENT_TOKEN_TO_BE_REPLACED May 15, 2012       Comments Off on Chen Guangcheng: A Special Bulletin – Updates on Situation of Chen Guangcheng & His Family Members, Relatives & Supporters Since Chen’s Flight for Freedom

Chen Guangcheng (陈光诚), a rural “barefoot lawyer” and activist from Linyi City, Shandong Province, escaped from illegal house arrest in Dongshigu Village on April 22, 2012. On an ongoing basis ever since, CHRD has confirmed retaliatory acts by authorities against Chen’s relatives and supporters.

END_OF_DOCUMENT_TOKEN_TO_BE_REPLACED 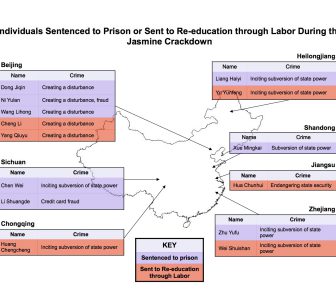 March 5, 2012       Comments Off on Individuals Affected by Crackdown on Civil Society Following Call for “Jasmine Revolution”

CHRD has documented a total of 52 individuals who the Chinese government has criminally detained since mid-February of 2011 as part of the crackdown after anonymous calls for “Jasmine Revolution” rallies first appeared online in China.