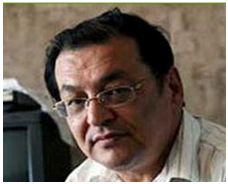 Uyghur journalist, editor, and writer Hailaite Niyazi was taken from his home in Tacheng Prefecture in Xinjiang in October 2009 on suspicion of endangering state security. Almost 10 months later and without a lawyer present, Niyazi was sentenced to 15 years for “leaking state secrets.” The verdict was apparently based on an interview he gave to Hong Kong media following the riots in Xinjiang that broke out on July 5, 2009. During his trial, prosecutors brought up articles written by Niyazi prior to the riots that discussed mounting ethnic tensions caused by local government policies that had systematically marginalized Uyghurs in Xinjiang.

Born on June 14, 1959, Niyazi had previously worked for state newspapers and also at Fazhi Zongheng (Perspectives on the Rule of Law), a magazine publishing house, and Uighurbiz.net, a website concentrating on Uyghur issues. Niyazi has written essays online in Chinese, gradually building a wide following among China’s netizens. Many consider his political views moderate, while some believed he was sympathetic to the Communist Party regime because he has appeared so greatly concerned about China’s fate, given continuing ethnic tensions.