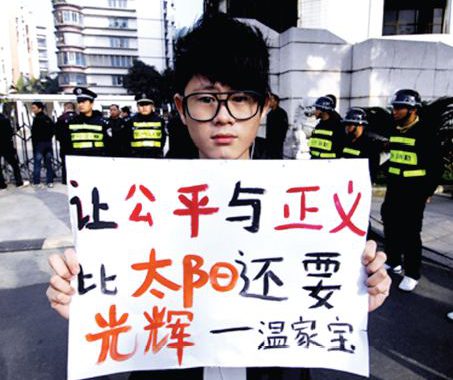 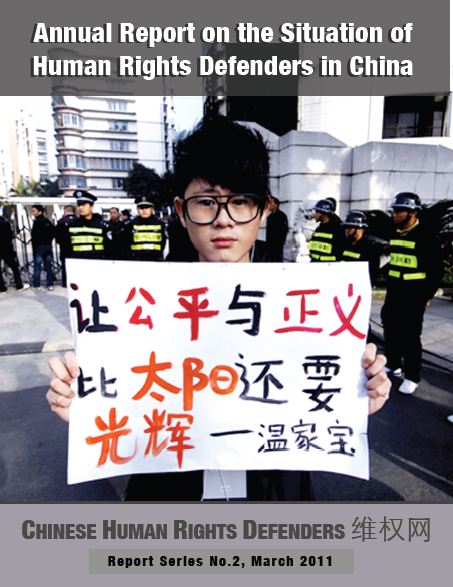 The ongoing crackdown on activists following an online call for “Jasmine Revolution” protests is a chilling reminder that defending human rights is a perilous occupation in China. The general environment for China’s human rights defenders (HRDs) deteriorated in 2010. Through reviewing CHRD’s reporting over the past year and surveys conducted with defenders around the country, CHRD finds that activists continued to face severe restrictions on freedoms of expression, assembly, and association as well as the right to an effective remedy. They were routinely subjected to arbitrary detention—CHRD documented a total of 3,544 new incidences of individuals arbitrary detained for exercising or defending their own or others’ human rights in 2010—as well as tortured, disappeared and harassed.

“The awarding of the 2010 Nobel Peace Prize to Liu Xiaobo provided much-needed recognition to human rights activists in China,” said Renee Xia, CHRD’s International Director, “The regime is once again reacting with a new wave of frenzied repression targeting these activists after the call for ‘Jasmine Revolution.’ The international community must do more—it must provide sustained and concrete support to these activists by speaking up for them and providing them with resources as they inch forward in the struggle for their freedoms.”

This is the fourth annual report produced by CHRD examining the extent to which the Chinese government has failed to fulfill its obligations to protect the rights of HRDs, as defined by the UN Declaration on Human Rights Defenders. Some of the key findings of this report include: