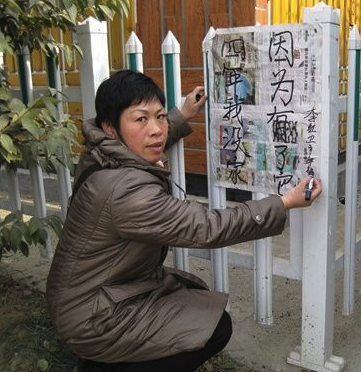 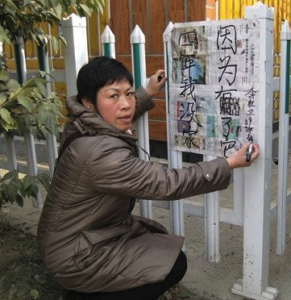 Length of Punishment: 21 months of Re-education through Labor

Born on May 25, 1959, Li Hongwei began her rights defense activities in 2007, when her ancestral home was forcibly demolished without an agreement, proper arrangements, or compensation in place. In retaliation for her petitioning, Li suffered various forms of repression from authorities. Police summoned Li in July 2011, supposedly to question her about incidents earlier that year when she had spoken spoke out in a public square in Jinan about the forced demolition of her home. She was immediately taken into custody, however, and ordered to serve 21 months of Re-education through Labor. Referencing her public activities, the RTL decision claimed she openly attacked government and Communist Party leaders and the socialist system, and that she incited subversion of state power and endangered state security. Li was released from RTL three months early—on January 11, 2013—supposedly for excellent performance in her work duties.

Despite the stated charges against her, it has been widely believed the Li was punished for a lawsuit she filed in 2010 over an illegal detention in a black jail—one of the first black jail-related suits heard by a Chinese court. In early 2010, Lixia District officials invited Li to ostensibly discuss plans to relocate her to a new residence, but Li instead was forcibly apprehended and held in a black jail for 17 days. She later filed her landmark lawsuit against the local government, but the case was not heard until February 2011. Eventually, the suit was rejected on October 30, 2011, after a third hearing. Countering Li’s accusation of illegal detention, the government argued that, in putting Li in a black jail, it was providing her with “free room and board” while offering her a “legal education class.” On January 11, Shandong petitioner Li Hongwei was released three months early. National security officers reportedly are still keeping close surveillance over Li, who has said she will keep petitioning.