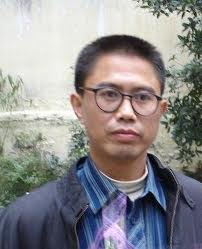 Liu Xianbin, from Suining City in Sichuan Province, was sentenced to two-and-a-half years in prison in 1992 for his participation in the 1989 pro-democracy movement. After his release, he dedicated himself to democracy and human rights activism, and in 1998 was a founding member of the Sichuan branch of the China Democracy Party (CDP). In August 1999, Liu was convicted of “subversion of state power” and sentenced to 13 years’ imprisonment for his involvement with the CDP. The sentence also included an additional three years’ deprivation of political rights upon his release.Little more than a year after he was released from prison in 2009, Liu was once again criminally detained in June of 2010, this time for “inciting subversion of state power.” It is believed that this detention comes as punishment for being involved with a number of rights-related activities, beginning with his support for “Charter 08” in December 2008. Born October 2, 1968, Liu also continued to publish articles on human rights and democracy after his release.