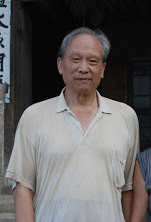 Length of Punishment: 10 years plus 2 years of deprivation of political rights

Lü Jiaping, a dissident, military scholar, historian and writer, has been serving a 10-year verdict for “inciting subversion.” In sentencing him in May 2011, a court cited as “evidence” 13 works Lü composed between 2000 and 2010. In particular, the verdict is believed to come in retaliation for Lü’s writings about scandals involving Chinese officials, such as “Twice a Traitor, Twice a Deceiver,” a piece about former Chinese President Jiang Zemin revealing Jiang’s questionable background and political credentials. Lü’s family was never informed of the detention or trial, and thus was unable to attend the proceedings or hire a lawyer for him. In the same trial, the court also sentenced Lü’s wife Yu Junyi (于钧艺) and friend Jin Andi (金安迪) to two-year and eight-year terms, respectively, for assisting and disseminating Lü’s works.

Lü Jiaping suffered a heart attack in late 2011 while incarcerated at Shaoyang City Prison, and was rushed to a hospital but only after guards handcuffed and shackled him. He had been transferred to a prison hospital on at least two occasions—once in September 2012 and again in January 2013, but was subsequently returned to the prison. According to his son Yu Haochen (于浩宸), who visited Lü in June 2014, Lü’s illnesses became more serious and he began to suffer from avascular necrosis in the top of his femur bone. He was also losing his hearing and memory, and prison authorities stopped allowing Lü time outside for fresh air, according to Yu. Lü has had great difficulty sleeping, standing, and walking, and has reportedly fallen several times. His family’s requests for his release on medical parole from both Beijing and Shaoyang authorities had been repeatedly denied for years. In early June 2012, more than 1,000 people expressed support for his medical parole through a signature campaign. His wife and son have been have been repeatedly harassed by police in reprisal for their efforts to obtain Lü’s release. Authorities finally granted Lü release on medical parole in February 2015.