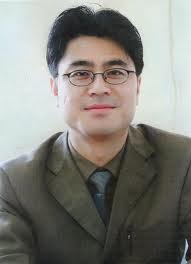 Shi Tao, born on July 25, 1968 and originally from Taiyuan City in Shanxi Province, is a journalist and poet. He wrote for the daily Chinese publication Contemporary Business News, based in Changsha, Hunan Province, while also contributing to other newspapers and online media outlets. In addition, Shi submitted articles and supplied political commentary calling for political reform to overseas Chinese websites.

While working for Contemporary Business News, Shi participated in a staff meeting in 2004 that focused on a memo issued by China’s Central Propaganda Department giving instructions to the media prohibiting coverage of the approaching 15th anniversary of the June 4 Tiananmen Square massacre. Shi forwarded his meeting notes via e-mail to Chinese-language websites abroad, which are blocked in China. For sharing this information with these sources, he was detained and arrested later that year. When Shi was taken into custody, his writings, computer, and other personal belongings were confiscated.

After his trial and sentencing, it was revealed in September 2005 that Yahoo! had assisted Chinese government authorities by supplying information used to convict Shi Tao. Yahoo! Holdings (Hong Kong), Ltd. furnished the police with Shi Tao’s account holder information, leading to his IP address and facilitating his arrest and conviction. Shi Tao was subsequently represented in a U.S. lawsuit claiming Yahoo! Inc. helped the Chinese government convict dissidents. His family sought compensation on grounds that Yahoo! Hong Kong and Yahoo! China provided information to the Chinese authorities leading to his arrest. The case was settled out of court in November of 2007.

While in prison, Shi Tao has been honored with the Committee to Protect Journalists’ International Press Freedom Award (in 2005) for drawing the world’s attention to China’s intense effort to control information on the Internet. On June 4, 2007, the 18th anniversary of the Tiananmen Square massacre, Shi received a further honor, the Golden Pen of Freedom Award. The award, which is the annual press freedom prize from the World Association of Newspapers, was accepted by the mother of the jailed journalist, who said her son was “a direct victim of the shackles of press freedom.”

Shi Tao was released on August 23, 2013, after serving eight years and eight months in prison.