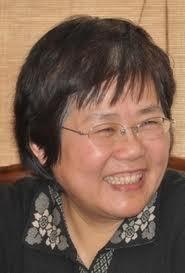 After the pro-democracy protests in Beijing in 1989, Wang Lihong became a dedicated democracy activist and human rights defender. Born October 28, 1955, she has worked on causes such as relief efforts for the “Tiananmen homeless,” and also advocated on behalf of citizens fighting land seizures in Beihai City, Guangxi Province. Wang was detained for “creating a disturbance” on March 21, 2011, and formally arrested on April 21. The charge against her was later changed to “gathering a crowd to disrupt traffic order,” and in mid-July the procuratorate approved her case for prosecution, but under the original charge of “creating a disturbance.” On August 12, trial proceedings opened and concluded after just two-and-a-half hours. According to her attorneys, the proceedings were marred by many procedural flaws and the case itself has all along been rife with errors in the investigation and indictment stages. The charge against Wang is tied to her support for the “Fujian Three” netizens who were convicted of slander in 2010, and in particular to the crowd of netizens who, along with Wang, gathered in peaceful protest outside their sentencing hearing on April 16, 2010.

Days before her release, Wang Lihong staged a hunger strike in protest against torture from sitting on a bed for 5 hours everyday. Victims were not allowed to move without permission and Wang now suffers severe back pain and other health problems. She was released from prison on December 20, 2011, at the end of her sentence.

Submission to UN on Wang Lihong: Communiqué on behalf of Wang Lihong, citizen of People’s Republic of China, Alleging Arbitrary Arrest or Detention and Persecution of Human Rights Defenders and Violation of Right to Freedom of Peaceful Assembly, July 5, 2011; updated September 2011, CHRD

“Let the Sun Shine on the Ground” (documentary film)