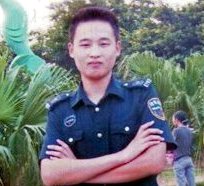 Length of Punishment: 4 years in prison (reduced to 30 months on appeal), plus 2 years of deprivation of political rights

Appeal Ruling: 30 months in prison plus 2 years of deprivation of political rights

Seized in February 2011 as part of the “Jasmine Crackdown,” Hangzhou activist Xue Mingkai, born on October 8, 1989, was formally arrested for “inciting subversion of state power”but later reportedly convicted of “subversion” and sentenced to four years in prison. Details of Xue’s case, including specific dates of arrest and trial as well as any evidence that led to his conviction, remain unknown. There is speculation that Xue’s case may be tied to a public letter he co-authored about the suspicious death of Zhejiang activist and village director Qian Yunhui (钱云会), which called on Chinese people to stand up for democracy.

Authorities have repeatedly refused to allow Xue’s mother to visit him in detention. She has been beaten and also was seized by authorities in April 2011 for petitioning over Xue’s 18-month previous sentence (served from May 2009 to November 2010, also for “subversion”). A migrant worker living in Shenzhen at that time, Xue was charged with the crime after allegedly helping plan to organize a political party called the “China Democratic Workers’ Party” in the summer of 2006, and then contacting and joining an overseas democracy organization in early 2009.

Xue was released on September 15, 2013, after completing his prison term. However, National security officers restricted his freedom to travel as they forcibly returned him to Shandong when Xue attempted to search for his missing parents.

Submission to UN – Communiqué on behalf of Xue Mingkai, citizen of People’s Republic of China, Alleging Arbitrary Arrest or Detention and Violation of Freedom of Right to Freedom of Opinion and Expression, July 14, 2011, CHRD