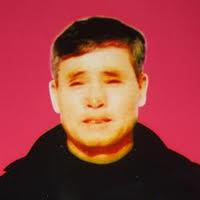 Yang Chunlin became involved in human rights activities after he was laid off from his work in Jiamusi City, Heilongjiang Province. He was detained in July of 2007 and formally arrested that August on suspicion of “inciting subversion of state power” for collecting signatures to endorse the open letter, “We Want Human Rights, Not the Olympics,” in the run-up to the Beijing Olympics. The letter was reportedly signed by more than 10,000 people, mostly Heilongjiang farmers who had been fighting forced eviction, and who sympathized with other victims of land lost in cities where officials had used the Olympics as a pretext to requisition land and demolish housing without adequate compensation.

While in detention, Yang, born on July 29, 1956, was reportedly tortured and coerced to confess. During his trial in 2008, Yang was subjected to degrading and inhumane treatment, including being hooded, shackled, and placed in leg irons. Yang was also detained four times in 2006 for helping farmers seeking compensation for lost land and participating in a hunger strike called by the Beijing human rights lawyer Gao Zhisheng. Yang Chunlin was released from prison on July 6, 2012, but is subject to two years deprivation of political rights.