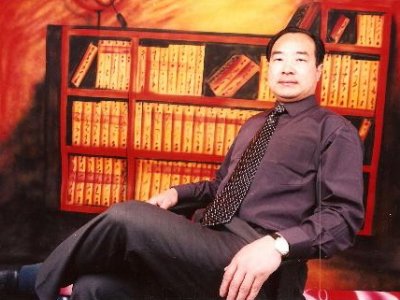 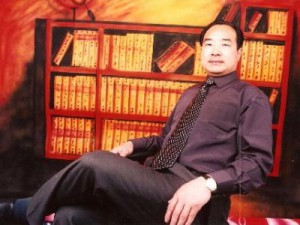 Yang Tongyan (pen name: Yang Tianshui, 杨天水) was a dissident writer and member of the Independent Chinese PEN Center. Beginning in 2006, Tang served a prison sentence in Nanjing Prison for “subversion of state power” for his role in organizing the China Democracy Party (中国民主党).

He was released on medical parole on August 16, 2017, after authorities for years had denied him such clemency. Four days before his release, Yang’s family learnt from the prison that Yang had been diagnosed with an aggressive brain tumor, and that the prison would grant medical parole if they applied. However, the family was also told he would not be allowed to go overseas for medical treatment, as he was still technically a “prisoner” under Chinese law. He subsequently received cancer treatments in a hospital in Shanghai. After news of Yang’s release and condition emerged, Chinese activists organized to collect funds to pay for his hospitalization and provide his family with emotional support.

In November 2017, it was reported that Yang had died, at age 56. Soon after, officials pressured the family to scatter his cremated ashes in the sea. The government warned the family to keep silent about this coercion, which became known only after a supporter of Yang’s leaked the information to a human rights group.

Long before Yang’s brain cancer was revealed, he had suffered from a myriad of other illnesses and diseases, including intestinal tuberculosis, tuberculosis peritonitis (in the abdomen lining), diabetes, nephritis (kidney inflammation or infection), high blood pressure, and arthritis. Yang’s family again applied for medical parole in December 2012. Prison authorities rejected this request in early January 2013, saying that his chronic illnesses could be treated in prison. Yang was hospitalized the next month, however, and authorities still refused to release him. His family also reported that Nanjing Prison spent just 3 RMB per prisoner each month on medical expenses. Yang had previously been in critical condition in prison and was taken to a hospital in September 2009. Yang’s sister visited him on October 27, 2009, and said that he had become so thin that he was unrecognizable. His family applied for Yang’s release on medical parole, but the request was denied in 2010.

Born on April 12, 1961, Yang published numerous political essays online advocating for democracy and political reform, as well as poems, novels, short stories, and memos—many of which were written while in prison—critical of the Chinese government. Between 1990 and 2000, Yang was imprisoned for 10 years for organizing the China Democratic Alliance (中华民主联盟). The PEN American Center named Yang as recipient of its 2008 PEN/Barbara Goldsmith Freedom to Write Award, which honors international literary figures who have been persecuted or imprisoned for exercising or defending the right to freedom of expression.