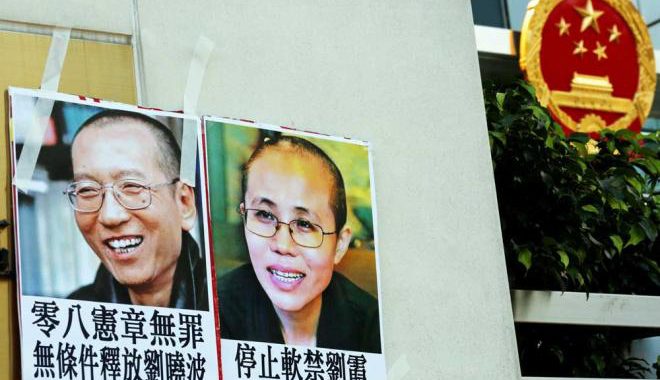 (Chinese Human Rights Defenders, October 6, 2011) – One year after winning the Nobel Peace Prize, announced by the Nobel Committee on October 8, 2010, Liu Xiaobo, the writer and well-known dissident, continues to languish in Chinese prison without regular family visits. His wife Liu Xia has been under unlawful house arrest, largely cut off from communication with the outside world since October 18, 2010. CHRD urges the Chinese government to release Liu Xiaobo and end the unlawful house arrest of Liu Xia. 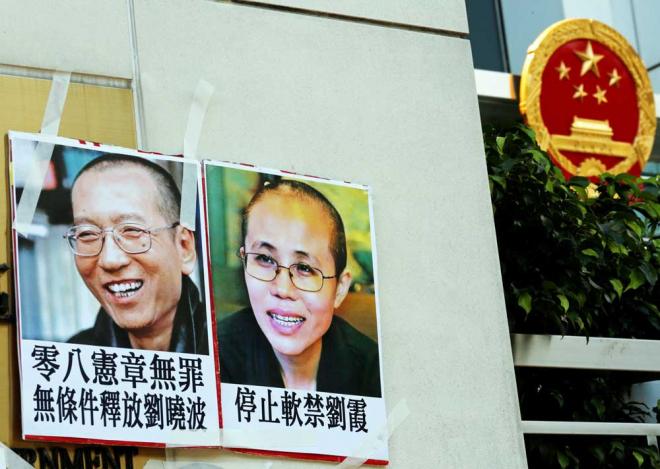 Liu Xiaobo’s brothers, meanwhile, have been under heavy pressure by the government and only recently were able to convey some information about the Nobel laureate’s current situation to the press. One of Liu’s brothers reportedly said that Liu Xiaobo was allowed briefly out of jail on September 18 to mourn his father’s death with other family members and that he and Liu Xia were each recently allowed a rare opportunity to visit Liu at Jinzhou Prison. CHRD continues to urge the Chinese government to afford Liu Xiaobo the rights guaranteed to prisoners under Chinese law and allow regular family visits accordingly.

“The move to allow such rare visits was likely a calculated effort to soften the image of the government, which knows very well that the international spotlight will shine on Liu Xiaobo and on China’s dismal rights record around October 8, one-year after the Nobel Prize announcement, and again in December, when the award is presented. But we would accept nothing short of freeing Liu Xiaobo as a real step toward progress,” said Renee Xia, International Director of CHRD.

All hopes were dashed if anyone had expected that some positive change in the human rights situation in China would result from awarding the Nobel Peace Prize to a Chinese citizen for the first time. Instead, in February, 2011, the Chinese government responded to online calls for “Jasmine Revolution” protests with one of the harshest crackdowns on dissent and activism since the post-Tiananmen era. Within months, a total of 52 individuals were criminally detained, at least 24 individuals were subjected to enforced disappearance, five were sent to Re-education through Labor (RTL) facilities, four were placed under illegal residential surveillance outside of their homes, and two individuals were held in psychiatric hospitals. Many of these activists, known for their courage and outspokenness, re-emerged from disappearance tight-lipped about their mistreatment and torture and appeared shaken.

To ensure that the law cannot be used as a shield to protect these activists from the state’s arbitrary power, in August 2011 the Chinese government announced plans that would effectively legalize the practice of enforced disappearance. Among the wide-ranging proposed revisions to the Criminal Procedure Law (CPL), one of the most alarming changes is Article 73 of the draft, which governs the use of “residential surveillance” by the police. Instead of being detained in their homes as in ordinary cases, suspects accused of “endangering state security, terrorist crimes and major bribery crimes” could be held in “a specified residence.” Similarly, police could subject suspects charged with “endangering state security and terrorist crimes” to residential surveillance without having to notify their families within 24 hours, as required in ordinary cases.

“Liu Xiaobo was initially subjected to exactly this form of unlawful secret detention—he was held in an undisclosed location for six months in 2009. Liu was not permitted any contact with his lawyer; his wife was the only person allowed to see him, and only for two very brief visits,” said Renee Xia, “Since then, the same kind of arbitrary detention has been applied on multiple occasions, for example, to Ai Weiwei and other rights activists and lawyers. Now the government is trying to legalize such secret detentions.”

CHRD calls on the Chinese government to immediately release Liu Xiaobo, end the house arrest of Liu Xia, and cease the intimidation of Liu Xiaobo’s family and supporters.

CHRD also calls on the National People’s Congress not to adopt the proposed revisions to the CPL that would effectively legalize the practice of enforced disappearance.