Let there be light, let there be sincerity: the illegal house arrest of Chen Guangcheng and the unprecedented grassroots campaign to end it

November 11, 2011       Comments Off on Let there be light, let there be sincerity: the illegal house arrest of Chen Guangcheng and the unprecedented grassroots campaign to end it 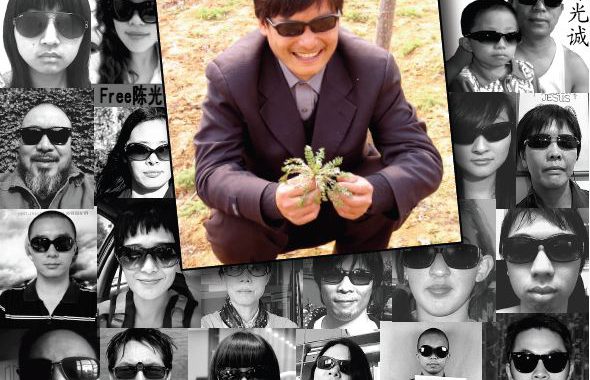 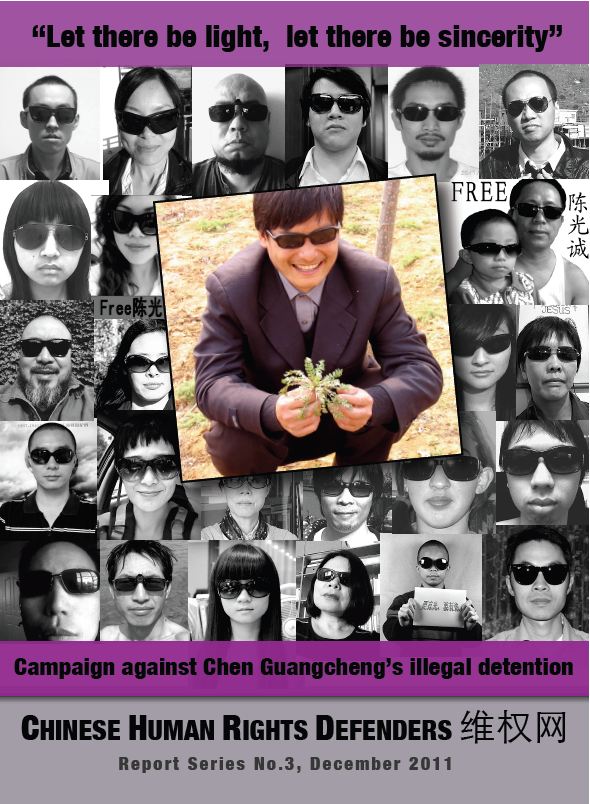 Chinese citizens have launched an impressive campaign to challenge the unlawful house arrest of blind human rights activist and legal advocate Chen Guangcheng (陈光诚) and his family. Within a few months, the campaign has galvanized tens of thousands of netizens and attracted an unprecedented degree of attention to the local government’s abusive treatment of Chen, his wife Yuan Weijing (袁伟静) and their six-year-old daughter. At the center of the campaign is a new crop of activists who have bravely attempted to “liberate” Chen from imprisonment in his home in Dongshigu Village, Shandong Province, through direct, nonviolent action. The activists have invariably been met with obstruction and violence by guards and thugs hired by the local government.

Based on interviews with a number of activists involved in the current campaign to free Chen, CHRD traces the genesis of this remarkable mobilization, which has spread beyond the small circle of human rights activists: citizens from all walks of life are undertaking trips to Dongshigu Village and participating in online activities in an effort to draw attention to Chen’s situation. Drawing on the meaning of Chen’s given name, they have coined the slogan for their movement from which this report takes its name: “Let there be light, let there be sincerity!” (要有光，要有诚).

In this report, CHRD outlines the horrendous conditions of the house arrest to which Chen and his family have been subjected following his release from Linyi Prison in September 2010.[1] It details how the treatment of Chen violates Chinese law and the international human rights standards which the Chinese government has vowed to uphold. The report shows how both central and local governments have completely failed in their duty to protect the rights of Chen and his family, and how this has emboldened local officials by tacitly approving the abusive measures they have employed.

CHRD urges the international community to support the campaign to free Chen and his family by pressing the Chinese government to end his detention, and by insisting on visiting them to verify the central government’s claim that he is “living a normal life.” CHRD calls on the UN Committee on the Rights of Persons with Disabilities to censure the Chinese government during its current review of the government’s implementation of the Convention to Protect the Rights of Persons with Disabilities, which China ratified in 2008. CHRD also urges the High Commissioner for Human Rights to make a public statement demanding Chen’s release. CHRD calls on concerned governments to set up targeted travel and visa bans on Chinese officials suspected of ordering and carrying out abuses against Chen and his family.

[1] For details about the earlier unlawful house arrest, torture and imprisonment of Chen Guangcheng between April 2005 and June 2006, see CHRD’s report “China vs. a Blind Human Rights Defender,” February 20, 2007.
https://www.nchrd.org/2007/02/27/china-vs-a-blind-human-rights-defender/.