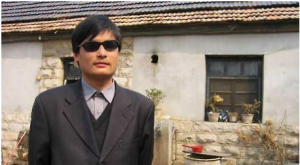 Diane and guests explore political intrigue in China, in light of ongoing internal power struggles and the recent escape of a dissident. We take a look at new complications in U.S. –China relations ahead of high-level talks in Beijing.

In the two decades since Tiananmen Square, China has emerged as a global juggernaut: the state-run economy has been held out as a model for economic success without democracy. But now the Chinese economy is slowing and wealth inequality is at an all-time high. The recent downfall of hardliner Bo Xilai nearly derailed the party’s leadership succession. And the daring escape of a blind lawyer from 19 months of house arrest has empowered China’s dissidents. These incidents threaten to undermine U.S. objectives at this week’s economic and security talks in Beijing. Diane and guests explore new complications in U.S. – China relations.