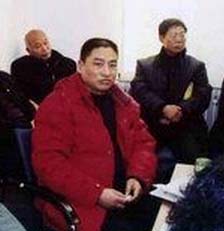 In September of 2012, Henan rights activist Zhou Decai was given a five-year prison sentence on a charge of “assembling a crowd to disrupt social order” in likely retaliation for his longtime rights defense efforts. Zhou’s wife has said that the court that sentenced him cited a clash between farmers and police that Zhou had allegedly planned a government land seizure. Countering this claim, an individual familiar with the case has said that the local government had orchestrated the aggression, and that Zhou himself had been beaten and injured in the melee.  When Zhou’s case was heard, his wife and a person who wanted to testify to Zhou’s innocence were barred from entering the courtroom. Zhou was initially taken into custody while preparing to attend a labor rights defense seminar in Beijing that focused on laid-off tobacco industry workers. He was held in Gushi County Detention Center until being transferred to Kaifeng Prison to serve his sentence. Following two rejection of appeals of his sentence, Zhou served out his punishment and was released in February 2017.

Born on March 21, 1965, Zhou Decai has been a rights defender since the late 1980s, focusing on land and labor rights. He once was detained several months for trying to decrease farmers’ tax burdens. Zhou has successfully halted land grabs from real estate developers and local authorities, and formed a labor union for tobacco workers who were laid off without receiving reasonable compensation. In recent years, Zhou has become even more open about his discontent with authorities, posting videos of officials engaged in illegal activities and giving interviews in which he criticizes the Communist Party. In 2011, supporters of Zhou nominated him to run as an independent candidate for the local People’s Congress, but he was taken into custody just prior to the election period.