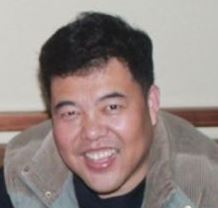 Length of Punishment: 14 years, reduced to 11 years on appeal

Interview in Detention: “Why Shenzhen authorities dare not to have an open trial” (Chinese)

Wang Dengchao, a Shenzhen policeman and an advocate for democratic reforms, was given a 14-year sentence in November 2012 (and fined 20,000 yuan) on trumped-up charges of “embezzlement” and “disrupting official business.” Wang was also required to return 2.8 million yuan that he supposedly had taken when he was among leaders in charge of security during the World University Games in 2011. According to Wang’s lawyers who represented him during a second-instance trial in February 2013, the prosecutors presented no evidence to support either charge. The Shenzhen Intermediate People’s Court dismissed evidence submitted by defense lawyers that supported Wang’s innocence, and decided to postpone the trial indefinitely.

Born on June 27, 1974, Wang Dengchao reportedly had often expressed his disapproval and disappointment in China’s political system. For years, Wang promoted pro-democracy ideas after making contact with local activists on online forums. Two days prior to Wang’s attempted public commemoration of Sun Yat-sen on March 10, 2012, he was detained without warrant. During 10 days of illegal detention, prosecutors tried to charge him with “subversion of state power” and “illegal assembly,” but later changed the charges to “embezzlement” and “disrupting official business.” According to some activists, Wang’s severe sentence based on non-political charges is believed to be a government strategy to harshly punish dissidents while avoiding media coverage that often comes when individuals are convicted of political crimes.