April 18, 2013       Comments Off on Chen Guangcheng Speaks At Princeton About Human Rights 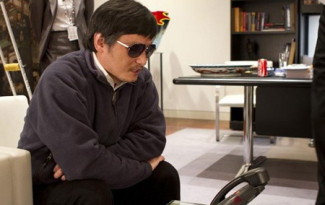 Chinese civil rights activist Chen Guangcheng recently spoke at Princeton University, holding that “the battle for human rights is far from complete.” Almost a year after making international headlines for his sensational escape from house arrest where, helped by a secret network of fellow civil rights activists, he made his way to Beijing and sought protection at the United States Embassy, the self-taught lawyer became the most recent recipient of the James Madison Award for Distinguished Public Service, the American Whig-Cliosophic Society’s most prestigious form of recognition.

Blind since childhood as a result of a fever and a failed operation, Guangcheng is renowned for his critiques of the Chinese justice system, his advocacy for the rights of the disabled and underprivileged, and his strong defense of women’s and family rights. He has aimed, through aclass-action lawsuit, to expose abuses performed under China’s one-child policy, a significant undertaking for a disabled man coming from a peasant family. His challenging of a policy, which has often been viewed as a cornerstone of China’s economic development scheme and a topic that is generally barred from dispute has gained him public recognition in that there have been very few instances of collective action to investigate coercion in family planning, or the state enforcing compulsory sterilization or abortion. Guangcheng has been living in the United States since May 2012. Following his April 2012 escape, Guangcheng expressed his wishes to leave China and, after being informed that he could apply to study abroad in the United States, was subsequently offered a place at New York University as a visiting scholar.

Guangcheng was granted the James Madison Award at Princeton University on Thursday, March 28 and encouraged Chinese youth activism. The award is described as a recognition of “leaders in government, legal advocacy and civil rights whose dedication to public service reflect Princeton’s informal motto ‘In the nation’s service, and in the service of all nations.'” Despite his 15 minutes of “Rebel of the Year,” car-chase-embodying fame having faded since his relocation to the U.S., Guangcheng is as active in pursuing his causes as ever before. Guangcheng recently spoken as part of a discussion panel on Capitol Hill, parallel to the 12th National People’s Congress’ annual plenary session, with the intent to put pressure on Chinese Human Rights leadership in light of a recent report published by the Chinese Human Rights Defenders (CHRD) . The report discusses breakthroughs in advocacy strategies by the (CHRD) , reflecting positively on Guangcheng’s hopes for increased youth activism.

Despite promising trends discussed in the report, it was just last year that was determined to be the “the most repressive year” of the decade in China. Still, Guangcheng remained optimistic in his Princeton address, stating that “Chinese people have been awakened by human rights. The situation has to change, because the Chinese common people have been awakened.”