Is China the New Taiwan? 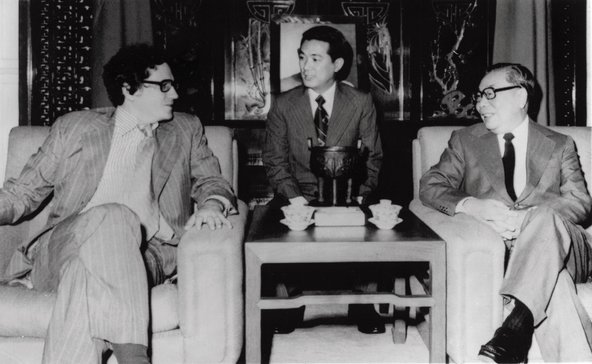 In today’s Letter from China, I ask whether a leader in China might do something similar.

Living in China, it’s easy to see a pre-1987 Taiwan, in some ways. Under the mantle of one-party rule, decades of fast economic growth has produced wealth, social ferment, and a far more sophisticated, better-informed, better-off population with higher expectations than their parents and grandparents.

It’s creating pressure for change. In an interview in Taipei, Justine Wang of the Taipei Women’s Rescue Foundation said: “I feel there’s a lot happening in China, but they have started late.”

Today, a quarter of a century after the changes in Taiwan, women’s rights are mainstreamed in society and politics, said Ms. Wang.

“1987 was the important moment when we could set up social N.G.O.’s. It wasn’t possible before that,” she said. “There’s been big progress in the last two decades. People can’t openly discriminate any more, though of course they can use less obvious methods.”

In one example of the differences, this week the Chinese Human Rights Defenders, a NGO based outside the Chinese mainland, called on the government to stop “harassing and persecuting” civil society activists who want to contribute to the country’s reporting on human rights to the United Nations. Instead, it should “allow members of civil society to play an important role in the process,” the group said. China does have civil society or quasi-civil society organizations but they are often subject to significant pressures from the state.

Mainland Chinese human rights activists have tried many times to have a say in the content of the reports China makes to the United Nations as part of the Universal Periodic Review, as it’s known, Chinese Human Rights Defenders said.

But many who have submitted suggestions, or requests to be included in the drafting process, have been harassed or detained, with at least one, Peng Lanlan, incarcerated since August last year for organizing efforts to press the government to disclose information it says is a “state secret,” the group said.

“By blocking citizens’ participation back home, the government has made U.P.R. largely a pointless exercise in China,” the group said.

What would have to happen in China to bring about similar changes to Taiwan’s? Can a strongman like Chiang Ching-kuo step forward? Or will a strong group, such as the one that runs China and which Michael Hsiao, director of the Institute of Sociology at the Academia Sinica in Taipei, talks about, do that? Is no one interested, leaving China somehow stuck in limbo, outside the current of world history?