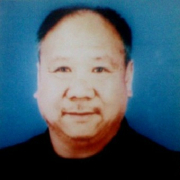 Activist Pei Fugui (裴富贵), who founded “Petitioners’ House” in Beijing to provide services to petitioners, was given a 15-month Re-education through Labor (RTL) punishment in September 2012，on a charge of “creating a disturbance.” His alleged “crimes” include refusing to buy tickets when taking the public bus, renting out living quarters to petitioners at low rates, and writing anti-corruption slogans on the walls of his home. The punishment is in apparent retaliation for his long-term charitable efforts and anti-corruption work.

Born in 1956, Pei started to help other petitioners while pursuing justice himself over a forced land expropriation. “Petitioners’ House” has served as a temporary shelter for countless petitioners who stay in Beijing for extended periods as they seek redress to their grievances.