Five activists have been criminally detained after being seized during an anti-corruption “road trip” whose aim has been to call for the release of Beijing activists arrested for seeking disclosure of Chinese officials’ assets. On May 25, Huang Wenxun (黄文勋) and other Guangzhou activists reached Chibi City in Hubei Province during a “pan-China tour to put into practice the sunshine Chinese Dream,” a play on the political slogan adopted by President Xi Jinping, who has vowed to clean up corruption in the Chinese Communist Party. After the activists rallied in front of the city government building in Chibi, police seized Huang, Yuan Fengchu (袁奉初，aka Yuan Bing), Chen Jianxiong (陈剑雄)，Li Yinli (李银莉)，and Yuan Xiaohua (袁小华). The activists served 15-day administrative detentions and then were criminally detained. According to their respective lawyers, Huang Wenxun, a 23-year-old student at Zhongshan University, has been charged with “inciting subversion of state power,” and Yuan Fengchu, a factory worker in his 30s, is facing a “subversion” charge. The charges against the others remain unclear. Except for Chen Jianxiong, the other four individuals are being held at the Chibi City Detention Center.

Since April 8, the activists had staged rallies, made public speeches, and met local activists in nine other cities before Chibi, with a stated aim to take public action and spread ideas of democracy and rule of law. In April, Huang was criminally detained for “unlawful assembly” for a month after he joined protests demanding that top officials Hu Jintao and Wen Jiabao disclose their personal wealth, but he was released on bail. Huang was also detained for a short time earlier that month, when he rallied for the release of a Guangdong activist as well as four Beijing activists seized in late March who have subsequently been arrested.[1] 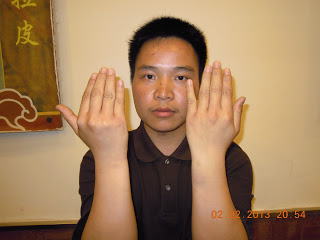 Activist Secretly Detained for Calling for Disclosure of Officials’ Assets

Zhao Zhenjia (赵振甲), 63, an activist and longtime petitioner from Liaoning Province, was seized at the Beijing South Railway Station on June 9 and has been held incommunicado ever since. Zhao’s detention appears to stem from his participation in the campaign to call for top Chinese officials’ to disclose their wealth—the advocacy that has led to at least 11 arrests in Beijing and Jiangxi Province and the criminal detention of several other activists since May (see above). Zhao was branded a “counterrevolutionary” during the Cultural Revolution and imprisoned for eight years, but was later declared innocent of criminal wrongdoing. For seeking justice over what he had endured, Zhao has twice been sent to Re-education through Labor, most recently for “disrupting public order” in early 2012.[2]

Jiangsu activist Gu Yimin (顾义民), who was detained days before the June Fourth anniversary on suspicion of “inciting subversion of state power,” was formally arrested on that charge on June 14. Police in Changshu City took away Gu from his job at a public transportation company on June 1 after he had both posted online photos from the 1989 massacre around Tiananmen Square and refused to withdraw an application to hold a public gathering to mark the anniversary. His wife returned home on June 1 and discovered that the police had raided their home and confiscated Gu’s computer. When she went to the local police station to inquire about the raid, she was told that her husband had been detained. On June 15, she received police notification of Gu’s arrest. Gu is being held at the Changshu City Detention Center.[3] 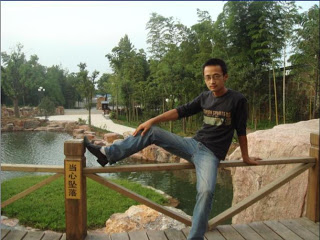 Two Tibetan singers from Gansu Province who released a music album with political and religious themes were secretly sentenced to two years in prison in February 2013, and their whereabouts are unconfirmed, according to the Tibetan Centre for Human Rights and Democracy (TCHRD). In July 2012, Pema Trinley and Chakdor distributed an album titled “Agony of Unhealed Wounds,” which contains songs about self-immolation protests, the Dalai Lama and other religious figures, and the effects of Chinese government rule in Tibetan areas (read TCHRD’s translations of songs from the album). Days after the album came out, both men were taken into custody in Gansu and then detained in Sichuan Province, where they were secretly tried on unknown charges. Authorities have told their families that the men are imprisoned at Mianyang Prison in Sichuan, but prison officials have turned away visitors and claimed that the singers are not incarcerated there. Two other Tibetans who collaborated on the album—musician Khenrap and lyricist Nyagdompo—are also missing.[4]