(Chinese Human Rights Defenders, July 17, 2013) – CHRD has confirmed that Xu Zhiyong （许志永）, a leading activist pushing for constitutional democracy and rule-of-law reform, was criminally detained on suspicion of “gathering a crowd to disrupt public order” by Beijing police on July 16. With Xu’s detention and the detentions of two other activists on July 12 in Beijing, China’s newest crackdown on freedom of assembly, association, and expression has seen a total of 24 activists and lawyers taken into custody since late March. As has become clear especially with Xu’s detention, the crackdown is targeting a loose grouping of activists involved in what has become known as the “New Citizens’ Movement,” who have peacefully advocated for democratic and rule-of-law reforms, constitutionalism, human rights, and social justice. The crackdown has initially responded to an anti-corruption campaign by Chinese citizens who have called for an end to official corruption, while some of the detained activists also demanded the government ratify the International Covenant on Civil and Political Rights (ICCPR).

Xu, 40, who teaches at the Beijing Postal University and had been previously elected as a representative to the local People’s Congress in Beijing’s Haidian District, is the founder of the “Open Constitution Initiative” (gongmeng), a pro-democracy NGO that was banned after Xu faced “tax evasion” charges in 2009. Since then, Xu has frequently been questioned by police or put under “soft detention.” On July 16, police also searched Xu’s residence and took away three computers, a cell phone, and other personal belongings. Currently held at the Beijing No. 3 Detention Center, Xu was taken into custody by police from the Traffic Security Protection Division of the Beijing Public Security Bureau.

To date, 14 of the individuals swept up in the crackdown have been formally arrested and the others criminally detained in Beijing and the provinces of Jiangxi and Hubei. Among those being held, three are scheduled to go on trial on July 18 in Xinyu City in Jiangxi. Five others have been released but likely remain under tight surveillance. Their alleged crimes include, among others, “inciting subversion,” “unlawful assembly,” and “gathering a crowd to disrupt public order.” (See case details on CHRD’s website.) Meanwhile, Song Ze (宋泽), a close associate of Xu Zhiyong and others in custody, has been missing since July 12.

“We have now seen more activists and lawyers criminally detained in this particular crackdown than in any other in recent years, including the 2011 crackdown on ‘Jasmine rallies’ that involved widespread disappearances and torture, or the one after the release of ‘Charter 08’ that led to Liu Xiaobo’s 11-year imprisonment,” said Renee Xia, CHRD’s international director.

In documenting these cases and confirming information with activists, lawyers who represent the detainees, and close associates of Xu Zhiyong and the banned Open Constitution Initiative, CHRD has pieced together a picture of a coordinated nationwide crackdown on individuals identified with the New Citizens’ Movement, which has grown out of Open Constitution Initiative and has been inspired by Xu, gongmeng’s founder.

Initially, Beijing police seized several activists who had displayed banners in the streets of the capital to echo President Xi Jinping’s vow to clean up government corruption, which Xi made when he assumed China’s top leadership positions in March. A few others were then detained for leading a petition drive that gathered hundreds of signatures from Chinese citizens, demanding that more than 200 high-ranking Communist Party officials, including President Xi and Premier Li Keqiang, publicly disclose their financial wealth. Those subsequently detained in Jiangxi and Hubei had participated in similar activities or openly called for the release of fellow activists and lawyers who had been detained. 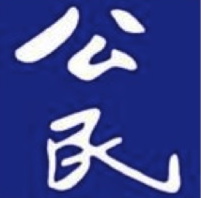 A “Citizen” (公民) logo has been used by some activists identifying themselves with the “New Citizens’ Movement.”

Many of the detained individuals, especially those in Jiangxi, have overtly identified themselves with the New Citizens Movement, in part by displaying a “Citizen” (公民) logo on their weibo, Twitter, or Skype profiles. Some have attended meetings referred to as “Dine and Get Drunk” parties (饭醉, which has the same pronunciation in Chinese as “commit a crime,” since such meetings may well constitute “unlawful assembly” in the eyes of authorities). Others have gone to the streets, unfurling banners or making public speeches about cleaning up government corruption, the need for respecting China’s constitution and laws, and calling for the government to implement international human rights standards, especially by ratifying the ICCPR, which China signed in 1998.

Lawyers who represent some of the detained individuals have told CHRD that police interrogations of their clients have focused on such questions as: “Who is the leader of the ‘Citizen’ movement?,” “Who has plotted and organized the activities?,” and “Who has provided the funding for the activities?” Police have searched the residences of several of the detained individuals, hauling away laptop computers, cell phones, and memorabilia with the logo “Citizen” printed on them, such as pins, posters, banners, umbrellas, and T-shirts.

Five of the activists were detained in late June in Chibi, a city in Hubei, which was the tenth stop on a nationwide “advocacy trip” that began on April 8. Activists on the trip had staged rallies, made public speeches, and met with fellow activists, with the stated goals of encouraging citizen activism and spreading ideas of democracy and rule of law.

“The anti-corruption calls certainly irritated authorities, as the CCP leaders loathe being told by the people to clean up, even when it’s the same thing they vowed to do,” said Renee Xia. “But what the leaders truly fear, as it’s been made evident here, is that Chinese citizens are getting organized, taking to the streets, and expressing their views.”

CHRD demands the immediate release of the 19 individuals who remain in custody. They have been detained solely on the basis of their peaceful exercise of their rights to free expression, association, and assembly, which are guaranteed under the Universal Declaration of Human Rights and the Chinese Constitution.

The Chinese government’s retaliation against these human rights defenders for their peaceful campaign to improve rights protection only further discredits the government, whose human rights record is coming up for Universal Periodic Review at the UN Human Rights Council on October 22. CHRD requests that the President of the Human Rights Council, the High Commissioner for Human Rights, and the Special Rapporteur on the Situation of Human Rights Defenders to speak up on behalf of the arbitrarily detained individuals.

This escalating crackdown is being waged by the Chinese government ahead of the US-China “human rights dialogue,” which is scheduled to take place on July 30-31 in Kunming, Yunnan Province. It makes a mockery of the annual bilateral exercise. CHRD urges the US government to condemn the crackdown and demand the unconditional release of the detained activists and lawyers.