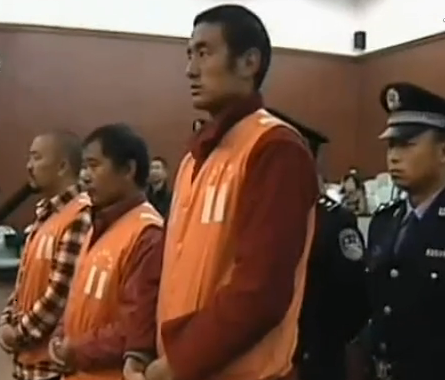 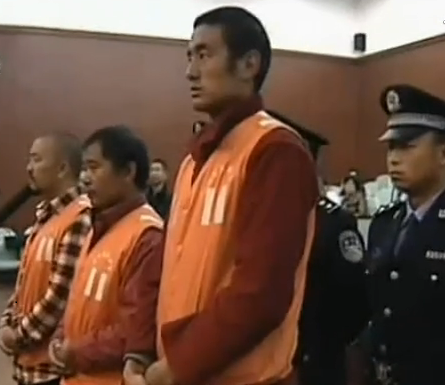 Length of Punishment: 6 years plus 4 years of deprivation of political rights

5 years plus 3 years of deprivation of political rights

4 years plus 2 years of deprivation of political rights

Kalsang Dhondup, Jigme Thabkey, and Lobsang were sentenced to six years, five years, and four years of imprisonment, respectively, in March 2013, on charges of “inciting separatism.” The verdict was handed down four months after a self-immolation protest near a monastery in Donghai Prefecture in Qinghai Province. The victim of the self-immolation was Wangchen Norbu (旺青诺布), also known as Huang Jian (黄尖), the younger brother of Jigme Thabkey. Witnesses heard the victim shouting “Let Dalai Lama return to Tibet,” “Release the Panchen Laman,” and “Tibet wants freedom” before fire engulfed him on November 19, 2012. The men were released following completion of their sentences.

Jigme Thabkey, a Tibetan monk at Kangtsa Monastery, and Kalsang Dhondup and Lobsang decided to set up a mourning ceremony after the self-immolation. The court stated that Jigme Thabkey displayed Dalai Lama’s photo along with a snow lion flag, revered as the Tibetan flag, during the prayer service. Kalsang Dhondup was accused of providing the flag as well as photographing and sharing the image of the ceremonial arrangement with overseas media. The court invoked Article 103 of the Chinese Criminal Law, which stipulates criminal punishment for those who “organize, plot, or carry out the scheme of splitting the State or undermining unity of the country.” Since 2009, more than 100 Tibetans have died from self-immolations in political protest against the systemic oppression of Chinese government rule in Tibetan areas.