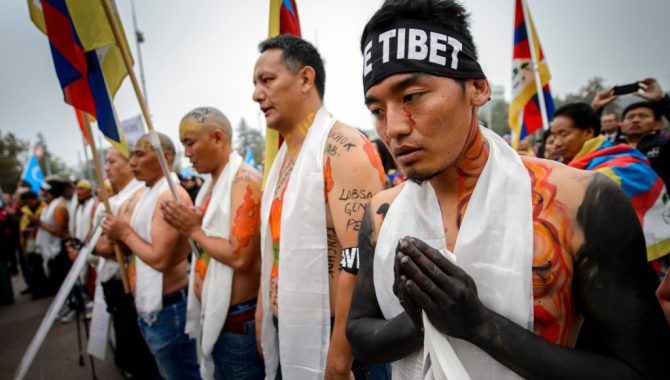 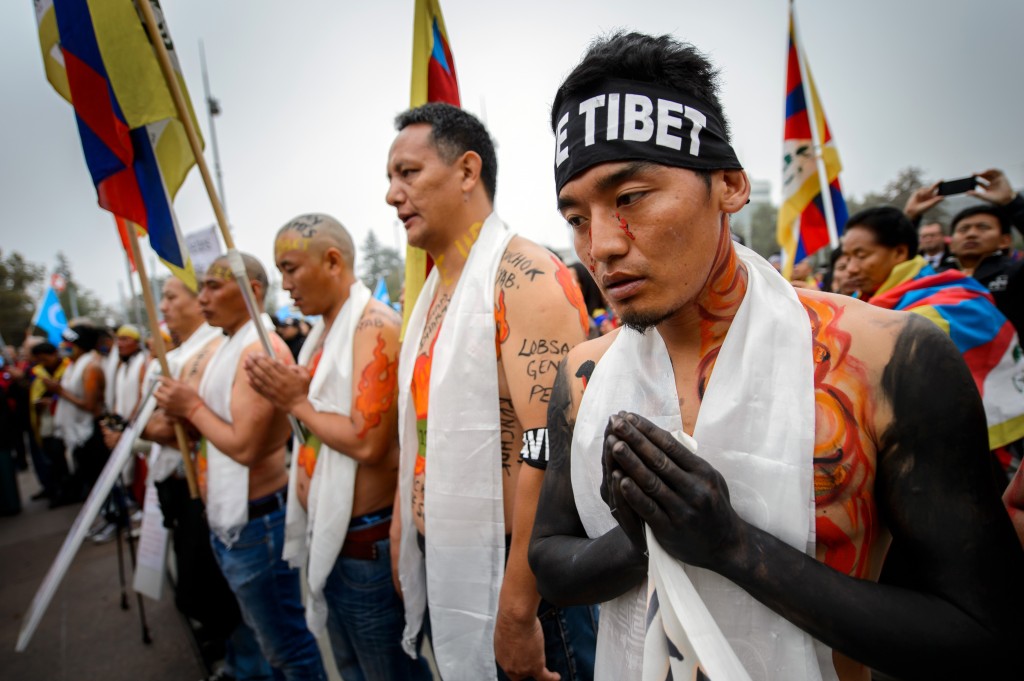 Tibetan activists hold a demonstration on Oct. 22, 2013 outside of the United Nations offices in Geneva. Overseas Tibetans, along with Chinese inside China, have protested the human rights abuses of the Chinese regime in the context of its United Nations membership, and attempts to be a member of the UN Human Rights Council. (Fabrice Coffrini/AFP/Getty Images)

A loose community of activists inside China has repeated the demands made by those outside: That the People’s Republic of China is in no way suited to be part of the Human Rights Council of the United Nations.

The sentiment seems counterintuitive for a people that are supposed to be patriotic supporters of the Chinese state, but these activists, whose efforts were recently publicized by the Chinese Human Rights Defenders website, point to human rights abuses inside and outside of China that they argue should disqualify the Chinese regime from any official standing in the international human rights community.

Members of the Human Rights Council of the UN are expected to uphold the council’s standards on human rights, according to its website. According to the petition, during the last time the PRC was a member of the council, from 2006 to 2012, “it supported the military government of Burma to suppress democratic movements and human rights defenders. It assisted Zimbabwe’s authoritarian government and obstructed the development of democracy, and it aided Syria’s Assad regime in massacring its own people.”

The petition—a bold gesture in a country whose communist regime maintains one of the most proactive and well-oiled machineries of state repression—was signed by hundreds of residents in Shanghai, and then given a boost by activists in Zhejiang, Jiangsu, Anhui, and 10 other provinces.

Initiatives for China, an overseas activist group that works for democracy in China, says that it has collected over 10,000 signatures from Chinese inside and outside the country opposing the PRC’s candidacy. They recently staged a protest outside the United Nations building in New York.

“To allow China to become a member [of the UNHRC] is to allow a wolf to take care of the sheep,” said Rebiya Kadeer, a leader of the Uyghur muslims, a people of western China’s Xinjiang Province who regularly report repression by the Chinese authorities.

The activists’ chances of success may be dubious. The vote for the PRC’s UN Human Rights Council seat takes place on Nov. 12. There are five seats being vacated, with four countries to fill them. Likely the only reason that China has been off the council is because it was ineligible last time, after having already served two consecutive terms.