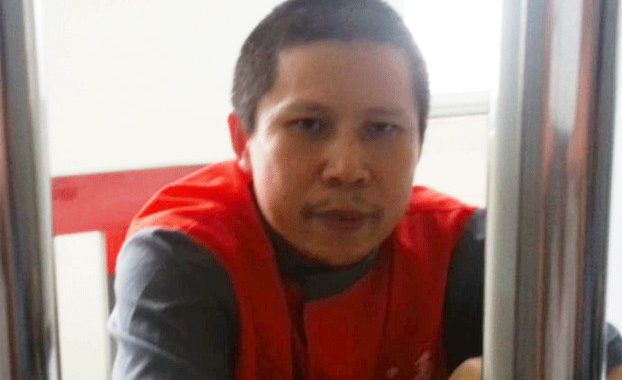 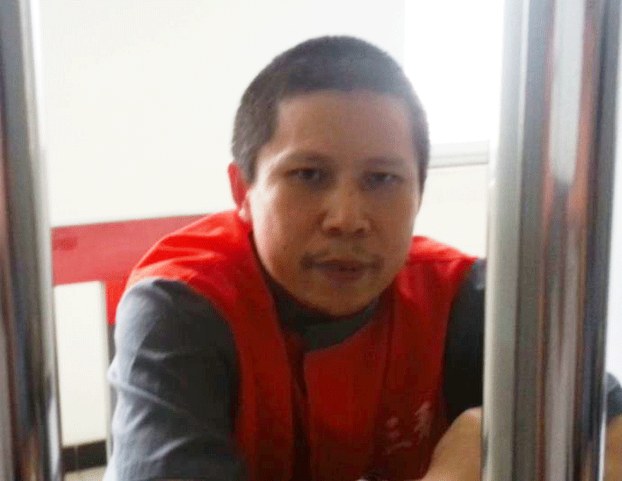 Xu Zhiyong speaks from behind bars at the Beijing No. 3 Detention Center in a screen grab from an undated video posted online on Aug. 7, 2013.

Authorities in the southern Chinese city of Guangzhou have formally arrested an anti-graft activist who demonstrated on the street in support of detained movement founder Xu Zhiyong, his lawyer said on Friday.

Sun Desheng was detained after he held up a placard with the words “Shame on [President] Xi Jinping, Xu Zhiyong is innocent!” on a street in Guangzhou last August.

Ge said he had been denied permission to meet with his client twice in recent weeks, on the grounds that Sun’s was also a subversion case.

But he said there had been no mention of subversion on the charge sheet he saw last month during his visit.

“They said I could go and visit him, and I went, pretty happy about that, but then they told me when I got there that they’d had orders from higher up not to let me see him,” Ge said.

Meanwhile, Guangzhou police released on bail activists Xie Wenfei and Chen Jianxiong after holding them for a month on similar charges after they held up placards on Sept. 30 emblazoned with the slogan: “An end to one-party dictatorship, let’s build a democratic China.”

Xie told RFA he had been mistreated while inside Guangzhou’s Tianhe District No. 3 Detention Center.

“I had to wear manacles and leg irons,” he said. “I thought that detention was pretty inhumane.”

“They made me wear them for eight days, so it was very difficult for me to eat, clean my teeth, or wash my face, let alone take a shower.”

“I think that treatment counts as torture.”

Chen said he had been stripped of privileges accorded other prisoners during his detention.

“All the rights I should have had in there were taken away from me,” he said. “I was prevented from watching TV, reading books and newspapers.”

“I wasn’t even allowed to see my lawyer.”

In nearby Shenzhen, activists Zhang Kunle and Wang Long were detained briefly on Wednesday after they tried to attend the trial of a group of activists.

Fellow activists Li Xiaoling and Liu Jiaqing were also held by police from the Yantian Port police station after they went there to call for Zhang’s release.

Meanwhile, Guangzhou authorities are continuing to hold a top human rights lawyer with no announcement of criminal charges against him, in spite of a vocal campaign for his release.

Yang Maodong, better known as Guo Feixiong, was criminally detained on Aug. 8 on charges of “incitement to disturb public order,” after being involved in anti-censorship and anti-corruption protests.

Detained civil rights activist Xu Zhiyong, who is being held at a Beijing detention center on public order charges after calling on China’s leaders to reveal their assets in March, had recently called on ordinary Chinese to take a stand to protect the rights of citizens.

President Xi Jinping has launched a nationwide clampdown on corruption, warning that the Communist Party must beat graft or lose power.

However, police continue to detain activists who call for greater transparency.

The overseas-based Chinese Human Rights Defenders (CHRD) said it has confirmed the criminal detentions or disappearances of more than 50 individuals in the ongoing crackdown on anti-corruption activists, half of whom have been formally arrested.

Reported by Qiao Long for RFA’s Mandarin Service, and by Hai Nan for the Cantonese Service. Translated and written in English by Luisetta Mudie.