February 5, 2014       Comments Off on China detains ex-police officer Tian Lan for protesting at trial of activist 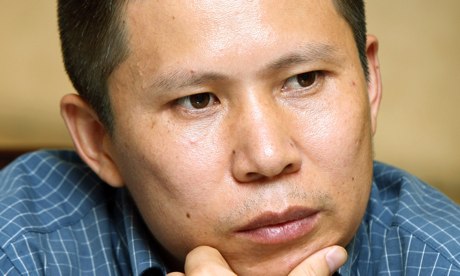 Originally published by The Guardian on January 30, 2014

A Chinese former policewoman has been detained for protesting outside the trial of activist Xu Zhiyong in Beijing last week.

Tian Lan, 55, and at least three others were seized by police in Tongzhou shortly after gathering outside the courthouse in support of the legal scholar, according to the Chinese Human Rights Defenders network (CHRD).

Tian – a once-praised officer who became a protester and now detainee – is a vivid example of how swiftly people who never contemplated challenging authority can find themselves on the other side of the system.

Earlier this week, the (CHRD) said three other activists – Xu Zhaojie, Zhao Guangjun and Mao Hengfeng – had also been taken by police following the trial of Xu, who has been sentenced to four years in prison for “gathering a crowd to disturb public order”.

The charges against Xu related to small-scale, peaceful street protests by members of his New Citizens Movement calling for educational equality and for officials to declare their assets.

It is not clear whether the others remain in custody, but Tian was still in a Chaoyang prison on Thursday morning, according to a friend. 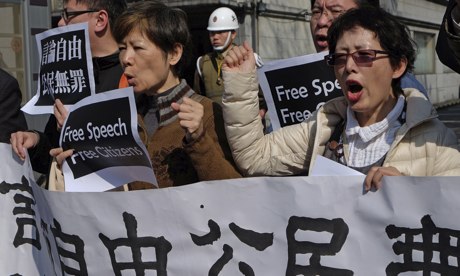 Earlier this month Tian told the Guardian that she was framed, jailed and forced to leave the police for blowing the whistle on a neighbouring district’s officers. Her subsequent attempts to overturn the injustice transformed her attitude to protesters and petitioners, she said.

“Before, I thought they must have done something wrong or they wouldn’t get embroiled in these cases.

“My experience totally changed my mind,” she said.

While Tian’s case might sound like an anomaly, she said she was one of around 200 former officials from the police and justice system – including a judge – who are seeking redress after suffering because they revealed, or refused to go along with, wrongdoing by others.

Tian, from Handan in Hebei, is the daughter of a military official from Shanxi and joined the police in 1985 after leaving the People’s Liberation army. She won awards for her hard work and dedication.

But in 2002 she was prosecuted and jailed. She said that her only offence was helping a boy whose father had been detained by police, who offered to release the man in exchange for a large bribe. She told a journalist, who wrote a story about the case.

A month later she was detained, badly beaten and accused of offences including leaking national secrets, wrongly accusing others of crimes, duplicating official certificates and even bigamy – all of which she denied.

Almost all the charges were dropped but she was not allowed to testify at her trial and was sentenced to a year in prison.

Although her bosses had tried to support her they were outranked and her father’s connections were also unable to help. “I was expelled from the party, dismissed from police and lost all my rights. I tried to appeal to the senior courts but nobody cared,” she said.

“After that I realised it is very hard for individuals to maintain their own rights or appeal to higher courts – there is a risk of being detained, beaten and suppressed again.” 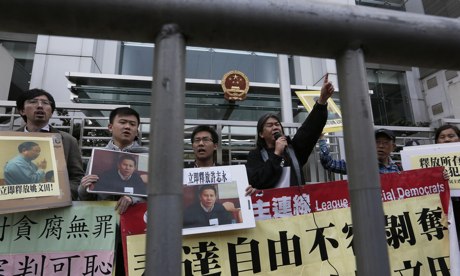 Nicholas Bequelin, senior Asia researcher for Human Rights Watch, said the “sudden and painful discovery that there is basically no redress against official wrongdoing”, which turned many people to protest or petitioning, could be particularly tough for “people who may have had a degree of idealism in choosing their profession – like a policewoman who wanted to make a positive contribution”.

Tian said she and others hoped the central government could root out corruption in the police and judicial system. She praised Beijing’s current drive against abuses, but added: “At the local level it is hard to carry out because officials all have ‘protective umbrellas’ – they bribe people to shield them.”

In general, said Tian, she and other former officials were treated much better than regular petitioners.

When she and others protested outside one government building, staff came out to discuss their concerns and record the details, she said. “They listen to us. Ordinary people just get taken away,” she added.

She said Beijing police had also been “very sympathetic” to her and other former officers, although police in her hometown had illegally detained her at sensitive times.

But she seems to have hit the limits of tolerance with her courthouse protest. She did not mention the trial in her interview with the Guardian.

An employee at the Chaoyang prison said she could not answer questions about Tian and referred calls to the Beijing public security bureau propaganda office, where calls were unanswered.