February 5, 2014       Comments Off on Trial of Chinese Citizen Xu Zhiyong Ends in Silence 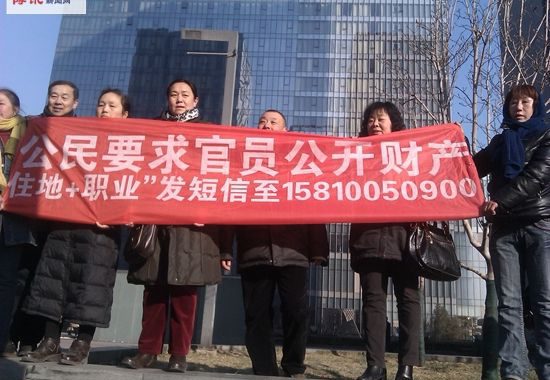 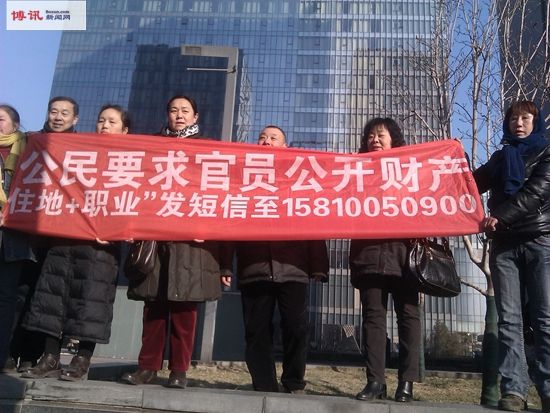 Prominent human rights scholar and activist Xu Zhiyong’s trial began and concluded on Wednesday, with both Xu and his lawyer remaining silent in protest of what they said were the illegal procedures taken by the court during the trial.

Both refused to talk during the trial proceedings to demonstrate their objection to the court’s refusal to allow any of Xu’s 68 witnesses to appear, lawyer Zhang Qingfang told Epoch Times. He said that other defendants arrested in the same case were also prevented from appearing during the trial.

“Because Xu Zhiyong was silent, the judge decided to adjourn the court for five minutes specifically to persuade Xu to talk, but it didn’t work,” Zhang said. “And then because the lawyers [Zhang and another lawyer] were silent, the court stopped again to persuade us,” he continued.

But, they refused to speak too, because the court was so seriously violating the laws covering court procedures, Zhang said. They couldn’t consent to taking part in such a trial, he told Epoch Times.

He said that Xu had prepared a 50 minute statement titled “For Freedom, Public Welfare, and Love,” which would act as his defense, but the court didn’t allow him to finish presenting it, interrupting him after 10 minutes.

“But just because we maintained our silence in court, it doesn’t mean we’ll be quiet outside the courtroom. We’ll be publicizing our defense opinions soon,” he went on.

Xu’s counsel tried to arrange time during the break for Xu to meet with his wife, who gave birth to a baby daughter last week, but the court would not permit it. Only two family members, his wife and his sister, were permitted in the courtroom.

Zhang believes Xu’s sentence will be a heavy one, more than three years and possibly the maximum of five years.

Petitioners and rights defenders shouted “Down with dictatorship,” “Establish a democratic regime,” and other slogans, while police attempted to contain them, reported Chinese Human Rights Defenders (CHRD) .

A crowd of over 300 supporters, including high profile human rights lawyers and activists, showed up to demonstrate their support for Xu, holding banners and placards, mingling with foreign reporters and plainclothes police.

Ni Yulan, who was tortured in prison for her human rights legal work, was brought in her wheelchair to the courthouse. Rights lawyers Cheng Hai and Liang Xiaojun, and women’s rights defender Mao Hengfeng came to show their solidarity, said Chinese media Boxun.

Over 100 lawyers and activists, among them activist Chen Yunfei and lawyer Liang Xiaojun, were hauled away to the black jail at Jiujingzhuang in a continuous stream of commercial vans, according to CHRD . Police would have arrested more supporters but for the presence of the well-known foreign media correspondents on the scene, said CHRD.

Xu’s closing statement directly addresses the issues that directly brought and affected his trial, and will continue to afflict the Chinese system in his eyes. In part, he closed his statement saying:

“For ten years, I’ve witnessed too much injustice and too much misfortune and suffering, because I choose to stand on the side of people who are powerless. But we still have the heart and vitality to promote our country’s development wisely…

“Unfortunately, you see civil groups as heresy, and you are afraid of us. You say that we have a political purpose. You are right, our political purpose is very clear, which is to build a wonderful China that has democracy, rule of law, freedom, justice, and love…

“This is our new civil spirit: freedom, justice, love. It must become the Chinese nation’s essential value, and it needs our generation to fight and sacrifice for it.”

It was signed “Citizen Xu Zhiyong.”