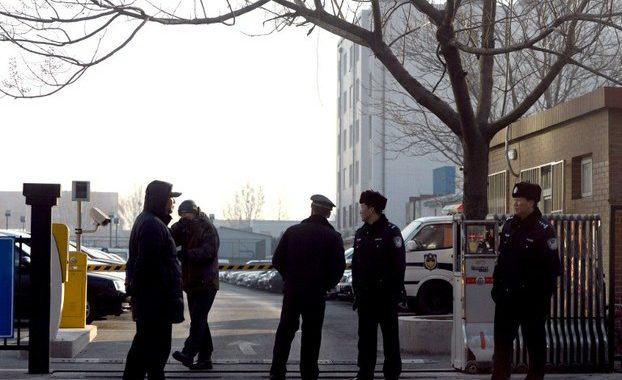 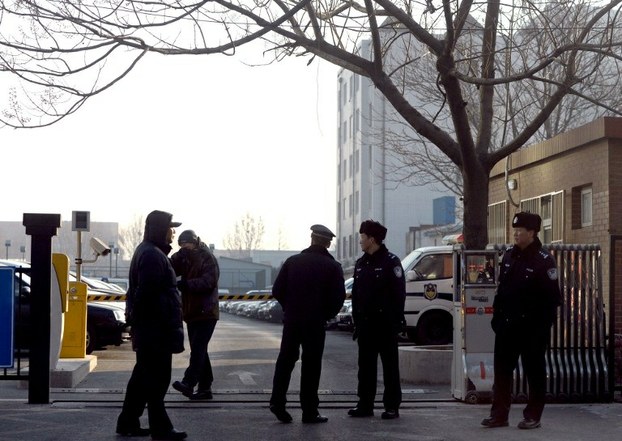 Authorities in the Chinese capital put on trial two more members of the anti-graft New Citizens’ Movement on Thursday, a day after the trial of its founder member Xu Zhiyong, who viewed the hearing as illegal and stayed silent in protest.

Veteran pro-democracy activist Zhao Changqing and another activist Hou Xin were tried separately in Beijing on charges of “gathering a crowd to disturb public order,” which carries a maximum five-year jail term.

Zhao fired his two lawyers at the start of his trial on Thursday in a tactical move forcing the Haidian District People’s Court to adjourn the proceedings, his lawyer Lin Qilei said.

Lin said Zhao had moved to delay the proceedings after being repeatedly prevented from speaking during the hearing.

“The judge kept cutting off Zhao Changqing when he was speaking, and also interrupted the lawyers to a certain extent too,” Lin said.

“Zhao said the charge sheet against him had flouted legal procedure, so he was sending it back to the prosecutor’s office, and secondly that he was releasing his lawyers from their instructions because he … didn’t want them to get too tired,” he added.

Zhao, who has been jailed three times for pro-democracy activities, including a three-month sentence for his involvement in the June 4, 1989, protests in Tiananmen Square, is charged with “gathering a crowd to disturb public order,” which carries a maximum jail term of five years.

Zhao will now have 15 days in which to hire new lawyers, Lin added, which could buy valuable time for the defense, and a new trial would have to be scheduled.

Also on Thursday, fellow activist Hou Xin, one of four activists who called publicly on ruling Chinese Communist Party officials to disclose their assets, was tried on similar charges and released on bail.

“It went all right,” Ding said. “The verdict will come later.”

Hou defended herself during the hearing, before being released on medical parole due to a heart condition, Ding added.

All those being tried after calling for the public disclosure of official wealth are arguing that they were simply exercising their constitutional right to self-expression.

An overseas-based rights group hit out at the trials in a statement on Thursday.

“The trials are a farce,” Renee Xia, international director of the Chinese Human Rights Defenders (CHRD) group, said in an e-mailed statement.

“They have brought to a climax the suppression of civil society activism during President Xi Jinping’s first year in power.”

She said Beijing hoped to send a “stern warning” to Chinese activists who dare to challenge the government on a range of issues including unfair treatment of migrant worker families and lack of transparency.

Xu ‘willing to pay the price’

The trials of Zhao and Hou came after prominent anti-graft campaigner Xu on Wednesday staged a silent protest at his trial on public order offenses in Beijing on Wednesday and issued a statement online verified by his lawyer, Zhang Qingfang.

“Public order was not disrupted as a result of our actions,” Xu said. “I for one am willing to pay any and all price for my belief in freedom, justice, love, and for a better future of China.”

“But do not for a second think you can terminate the New Citizens’ Movement by throwing me in jail,” the statement said, calling on fellow Chinese to take their citizenship rights and responsibilities seriously.

Zhang told RFA that Xu had turned aside from a potentially high-ranking career after graduating from his doctoral studies to pursue “another sort of ideal.”

“Xu Zhiyong had plenty of ability and could have used it to win power and influence for himself within the existing system,” Zhang said.

“Instead, he chose a different sort of ideal to follow.”

Xu was detained by Beijing police in July last year in a crackdown on activists who called on government leaders to declare their assets.

But his formal indictment came on the eve of United Nations International Anti-Corruption Day last month.

According to Beijing police, Xu hung banners calling for asset disclosure and equal access to education, creating “serious disturbances in public order in public places,” and interfered with the work of public security officials.

Authorities have detained at least 50 activists who have called on China’s leaders to reveal details of their assets since March, the New York-based Human Rights Watch said in its annual report this week.

Reported by Xin Lin for RFA’s Mandarin Service and by Wen Yuqing for the Cantonese Service. Translated and written in English by Luisetta Mudie.