Calls Grow For End to License System For China’s Lawyers 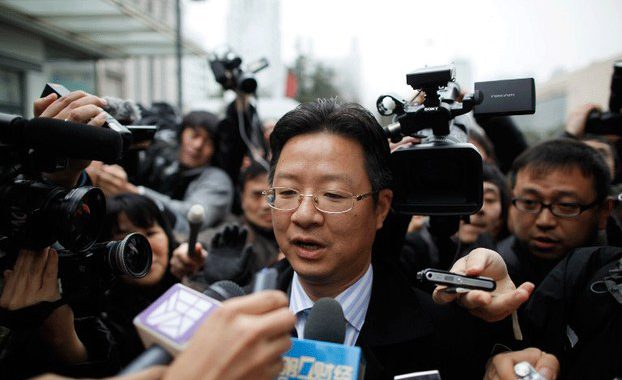 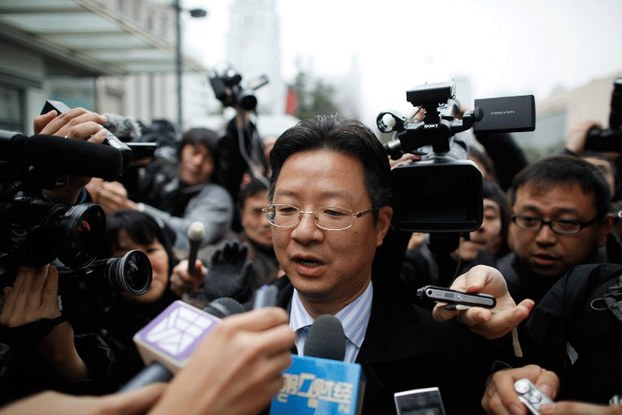 A lawyer is interviewed near the Pudong New Area People’s Court in Shanghai, Feb. 22, 2012.

A group of top Chinese lawyers has called for an end to the controversial system of business licenses, which must be reapplied for annually and which gives officials the power to strip lawyers of their right to practice.

Lawyer Deng Xiaolin, who is part of the campaign against the system, said lawyers were calling on China’s National People’s Congress (NPC), the rubber-stamp parliament currently holding its annual session in Beijing, to do away with the scheme entirely.

Wang Cheng, a lawyer and rights activist from the eastern province of Zhejiang, said lawyers should only be evaluated once for their fitness to practice.

“This annual testing process set up by the ministry of justice is illegal,” he said. “Personally, I believe that this will work against the government and make even more lawyers stand up against it.”

“It should be a one-off process, and last for life,” said Wang, who was detained last month after calling on the NPC to ratify an international human rights treaty.

Legal scholar and fellow campaigner Zhao Yuanming said the practice is widely seen as a way to remove lawyers who defend dissidents, or politically sensitive cases.

“They aren’t accusing these lawyers [whose licenses they refuse to renew] of bending the law for their own profit, or of favoritism,” Zhao said.

“Mostly, the lawyers [who don’t get renewed] are those who work on behalf of dissidents of persons of religious belief, and who have angered the authorities,” he said.

Last year, authorities in the Chinese capital rejected license renewal applications for around a dozen top Beijing-based rights lawyers after they represented petitioners and other disadvantaged groups.

Jiang Tianyong, Tang Jitian, Li Xiongbin and Guo Haiyue, who have represented victims of forced government evictions and members of the banned Falun Gong spiritual movement, were among them.

Tang, who failed to renew his license in 2010, is only able to work as a legal advocate today.

He described the license system as a “secret weapon” aimed at rights lawyers in particular.

“There are a lot of forces for change in society right now, as well of the individual efforts [of lawyers themselves],” Tang said.

“The authorities can’t shoot these [lawyers] in broad daylight like they used to; they have to stab them in the dark,” he said.

Guangzhou-based rights lawyer Chen Wuquan said he is no longer able to practice in his chosen profession.

“I can’t run my business,” he said. “The authorities give the excuse that I worked on a Falun Gong case.”

But Chen said he had also offered legal assistance to blind Shandong dissident Chen Guangcheng, whose daring escape from house arrest and subsequent flight to the U.S. Embassy in April 2012 was deeply embarrassing to the ruling Chinese Communist Party.

China frequently withholds the licenses of lawyers who represent “sensitive” and disadvantaged groups, such as those who pursue complaints against official wrongdoing.

New rules introduced in the past two years ban lawyers from defending certain clients and leave them vulnerable to being charged themselves with subversion if they defend sensitive cases.

Reported by Shi Shan for RFA’s Mandarin Service. Translated and written in English by Luisetta Mudie.