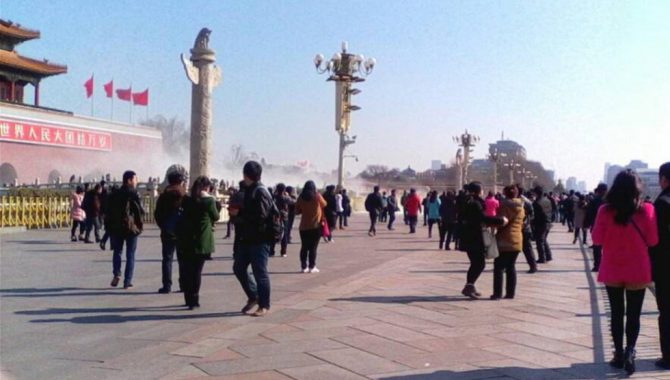 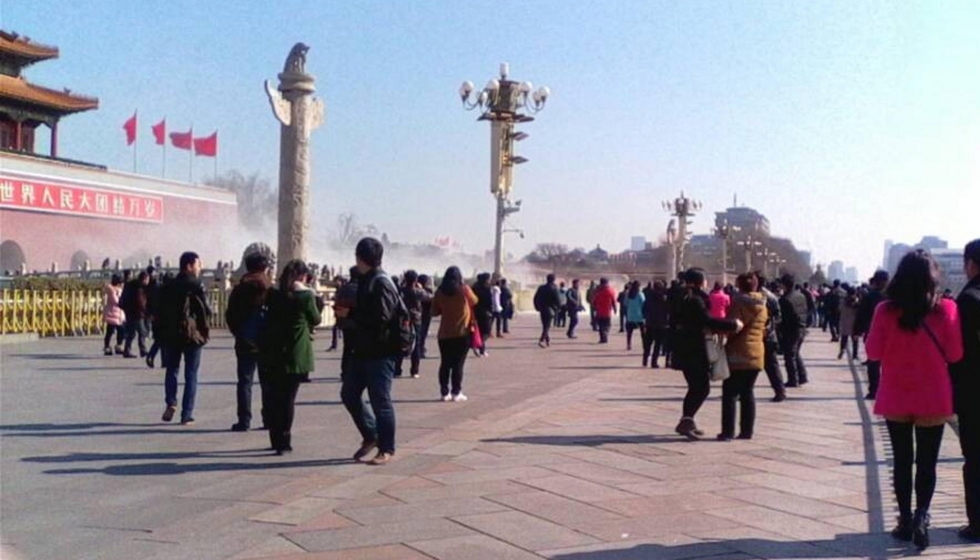 This photo from 64 Tianwang’s website is said to show the self-immolation attempt in Tiananmen Square. Photo: Reuters

Three citizen journalists have been placed under criminal detention for reporting on two incidents at Tiananmen Square last week – a woman who attempted to set herself on fire, and the defacing of the famous portrait of Mao Zedong – the founder of the human rights website they work for said yesterday.

The self-immolation attempt took place on March 5, the opening day of the National People’s Congress, while another person tossed what looked like black ink over Mao’s portrait above the Tianan gate the next day, said Huang Qi, founder of the rights website 64 Tianwang.

Volunteer Wang Jing was taken away by Beijing police on Friday and taken back to her home in Jilin province, where she was detained on Sunday at the Jilin city police detention centre on the criminal charge of “provoking and stirring trouble”, Huang said.

Xing Jian, 17, and Liu Xuehong, who were both taken away in the early hours of Saturday, have also been put under criminal detention in Beijing, Huang said.

On the mainland, people can be held for up to 37 days without being charged with an offence.

Wang reported on 64 Tianwang’s website on March 5 the attempted self-immolation by a middle-aged woman and took photos showing white smoke in front of the Tianan gate.

Xing reported on March 6 that a man aged about 30 soiled the bottom-right corner of Mao’s portrait at midday before police whisked him away.

The trio reported on other incidents on those days, including several people – purportedly petitioners airing grievances – who threw leaflets in front of Tianan gate. Their photographs remain on the website.

Huang said about 10 volunteers for his website were in Beijing to monitor how petitioners were being treated by authorities at the political sensitive time.

Meanwhile, petitioner Ge Zhihui was taken away by police on March 1, the weekend before the NPC opening, after she sought to bring her grievances to the attention of NPC deputies staying near her home in Fengtai district in Beijing, the Chinese Human Rights Defenders website reported.

The Beijing Public Security Bureau refused to comment on their cases yesterday.

Rights lawyers say they have witnessed an increasing number of petitioners and activists being given criminal detention on public order charges in recent months to stop them from protesting.