Can China Cast Off Despotism? 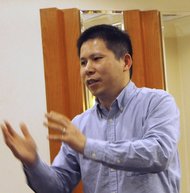 It’s no longer politically correct to use the word “Oriental” in the West. But nowhere has the word “despotism” fallen out of favor.

Put the two together and you get the title of a book by the German-American historian and student of China Karl August Wittfogel: “Oriental Despotism: A Comparative Study of Total Power.”

The 1957 classic sprang to mind as another week packed with major political trials — at least five — got underway in China. (The book argued that certain “Oriental” societies were were able to concentrate enormous power in the hands of a despotic elite through their development of large-scale hydraulic works. It is widely read and reprinted to this day.)

Nearly 40 years after the end of the chaos of the Cultural Revolution, 65 years after the founding of the People’s Republic of China and 103 years since the fall of last imperial dynasty (when the word “Oriental” wasn’t unpopular as it is today for its connotations of “the Other” and racism), this relentless parade of political trials raises a giant question for China and the world: As the country revels in its growing power, is it able or willing to discard ancient habits of despotism?

On Friday, a court is expected to rule on an appeal by the lawyer and activist Xu Zhiyong against his four-year jail sentence in January for “gathering a crowd to disturb public order.”

That charge stemmed from his role in forming the New Citizens Movement, which quickly proved popular as it gave voice to discontent over official corruption and social injustice. The arrest  of Mr. Xu and others, including the Jiangxi Province-based activist Liu Ping, nixed the movement. Family members say the court, inexplicably, won’t announce Ms. Liu’s verdict and sentence until June, six months after her trial ended.

Others facing trial this week included Ding Jiaxi, Li Wei and Zhao Changqing, fellow advocates of disclosure of government officials’ assets, and, in Henan, a Christian pastor, Zhang Shaojie. All were charged with “gathering a crowd to disturb public order,” a by-now notorious crime among not only rights activists but also ordinary people. Even women who joined together to protest hazards to their grandchildren, as they did in response to a recent scandal of kindergartens administering antiviral drugs to pupils without their families’ knowledge, have called on the state not to accuse them of the charge just for speaking out.

The trials began days after four lawyers said they were tortured by the police in Heilongjiang Province for trying to draw attention to the deprivation of rights suffered by adherents of the banned spiritual movement Falun Gong, and they mirrored a similar set of trials in January of eight activists. In fact, nearly every day in China brings news of the arrest, torture, trials or disappearances of activists, as reports by the rights group Chinese Human Rights Defenders show.

This is what Mr. Wittfogel wrote in the essay “A Stronger Oriental Despotism” about a place such as China: They had “a state stronger than society, a ruling managerial bureaucracy, and a politically pulverized population.”

There have been some Chinese academic books about Mr. Wittfogel, a Communist in his youth who later turned outspokenly anti-Communist, but a search for Chinese scholars willing to comment on despotism in China today wasn’t immediately successful, in an atmosphere of repression that has worsened since President Xi Jinping came to power.

Thus the turn to a resource that many Chinese use on a daily basis, and that therefore has the virtue of being representative of what regular people would learn if they looked up Mr. Wittfogel: the search engine Baidu’s Zhidao, or Know, service, a popular tool where people ask and answer questions.

The posted question was: What kind of thinking has despotism fostered in Oriental cultures?

“Wittfogel’s famous ‘Oriental Despotism’ wasn’t published in Chinese in China until 1989 and was immediately attacked by left-wing scholars. Three or four years ago the central government organized more than 10 scholars to publish a book criticizing Wittfogel’s anti-Marxist thought.

“One can see that in China, the ghost of ‘Oriental Despotism’ is still alive.”