May 29, 2014       Comments Off on Chinese Rights Lawyer Beaten in Detention, Writer Questioned 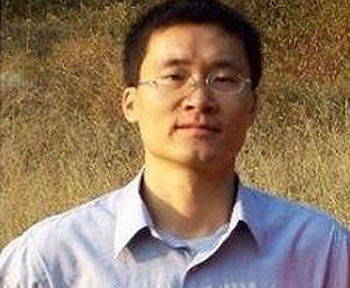 Updated at 5:00 p.m. ET on 2014-05-22Authorities in the eastern city of Hangzhou have detained and questioned an outspoken writer, while a detained rights lawyer was assaulted by police amid a widening clampdown on dissent ahead of the 25th anniversary of the Tiananmen Square military crackdown.Writer and commentator Zan Aizong was summoned and questioned for several hours on suspicion of “picking quarrels and stirring up trouble,” he told RFA.Police also searched his apartment and confiscated a computer and other items, Zan said following his release.“The police came with a search warrant and a summons [for questioning],” Zan said. “They wanted to look in every room and every cupboard.”“I asked them what they were looking for … and they said they were just looking,” he said. “They took away my computer, USB drives, and hard drives.”He said police were looking for evidence on the disks that could prove him innocent or guilty.“Then they took me to the police station,” he said.Chinese authorities have detained and questioned dozens of activists and family members of victims of the 1989 military crackdown on the Tiananmen Square student-led pro-democracy movement after they held a seminar to mark the sensitive 25th anniversary.Around 20 human rights lawyers, academics, and family members of victims attended the May 3 seminar in Beijing, where they discussed the crackdown on unarmed civilians by the People’s Liberation Army (PLA).Lawyer assaultedMeanwhile, prominent Guangzhou-based human rights lawyer Tang Jingling was assaulted while in police custody, his lawyer said on WednesdayTang was “kicked” while being held under criminal detention on Friday on public order charges, his lawyer Liu Zhengqing told RFA after a visit with his client.“He told me that the police made him kneel down, and he refused to kneel, because he felt it was humiliating, so one of the police officers kicked him,” Liu said.Liu said the charges against Tang had no basis in reality.“How could he be accused of picking quarrels and stirring up trouble, which isn’t relevant here?” Liu said. “The guy stayed home.”Tang’s wife Wang Yanfang said police had also behaved in a threatening manner towards Liu, whom she accompanied on the visit.“The staff at the detention center were very rude, and they threatened to beat up Liu Zhengqing,” she said.Since 1989, the ruling Chinese Communist Party has suppressed any public efforts to commemorate victims of the crackdown, in which the People’s Liberation Army (PLA) used machine guns and tanks against civilians.Beijing’s censors are also quick to clamp down on any online reference to the crackdown, and keywords linked to the incident typically return no search results on China’s tightly controlled Internet.In recent days, the authorities have detained or placed under close surveillance the relatives of those who died or were maimed in the crackdown.Some of those held for questioning in the wake of the seminar were subsequently released, but top human rights lawyer Pu Zhiqiang and other activists including online writer Liu Di, social scientist Xu Youyu, house church leader and democracy activist Hu Shigen, and Beijing Film Academy professor Hao Jian have been formally detained on public order charges.Online campaignChinese netizens have launched an online campaign in recent days for Pu’s release, with campaigners posting photos of themselves with a poster.“We are the post-1990 generation, and you may think us naive, rebellious and crazy, but this is not a game!” the poster reads.“Actually, we are … up and coming, and that’s why we support Pu Zhiqiang!”Both Pu and Xu have serious medical conditions sparking concerns they may not receive proper care while in detention, rights groups have warned.Both take daily medications, but officials confiscated their medicines when they arrived at the detention center, saying that they were in charge of all medications, according to China Human Rights Defenders international director Renee Xia and Perry Link, Emeritus Professor of East Asian Studies at Princeton University.“The next day both men were offered pills that they did not recognize. Xu was afraid of ingesting them and declined. Pu reluctantly accepted them,” Xia and Link wrote in a May 15 opinion article in the New York Review of Books.The statement drew parallels with the fate of rights activist Cao Shunli, who died in hospital on March 14 after being refused the correct medical care in a Beijing detention center, her lawyer and relatives said at the time.“Cao’s death, and the circumstances of Pu’s and Xu’s detention, raise the question of whether Chinese authorities are deliberately withholding medicine from political detainees as another way to punish them and intimidate their followers,” it said.Reported by Qiao Long and Xin Yu for RFA’s Mandarin Service. Translated and written in English by Luisetta Mudie.