May 13, 2014       Comments Off on Human rights lawyer among four detained over Tiananmen commemoration event 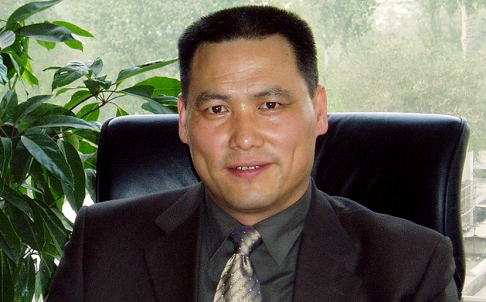 Lawyer Pu Zhiqiang is in a detention centre in Beijing. Photo: SCMP

At least four prominent participants at a low-key event commemorating the 25th anniversary of the crackdown on the Tiananmen pro-democracy movement have been placed under criminal detention, their lawyers and families said yesterday.

One thing that is certain is that it was not an uprising; even the authorities don’t say that
HISTORIAN QIN HUI

Liberal scholar Xu Youyu and cyberactivist Liu Di were both placed in criminal detention yesterday after attending a seminar involving 15 people at a private home in Beijing on Saturday, their lawyer, Shang Baojun said last night.

Police took Xu away on Monday and questioned Liu on Sunday. Shang said they were likely to be accused of “picking quarrels and provoking trouble”.

Human rights lawyer Pu Zhiqiang , who took part in the Tiananmen protests as a student in 1989, was criminally detained yesterday at the Beijing Number One Detention Centre for “picking quarrels and provoking trouble”, his friend and fellow lawyer, Si Weijiang, said.

The website of rights group Chinese Rights Defenders reported that scholar Hao Jian had also been criminally detained, but this could not be independently verified.

Under mainland law, police can hold people for up to 30 days in criminal detention before deciding whether to pass the case to prosecutors.

Other participants were also questioned by police but not detained, including Qin Hui , a historian at Tsinghua University, and another scholar, Guo Yuhua, Qin said.

He said he told police that whatever one’s view on the Tiananmen crackdown, it was not the uprising authorities had labelled it 25 years ago.

“One thing that is certain is that it was not an uprising; even the authorities don’t say that now. Things should be changed. You can’t handle it like this,” Qin said.

According to a statement released after the event, the participants – scholars, activists and relatives of the victims killed in the Tiananmen crackdown – called for an official investigation into the suppression of the pro-democracy movement and urged the authorities to compensate victims.

Beijing police yesterday did not immediately respond to a request for comment.

Hu Jia said the authorities were likely to be furious about the commemoration having taken place without their knowledge, and so resorted to heavy-handed retaliation.

“And these [detainees] are influential people in society so this would create an atmosphere of fear,” said Hu, who has called on people to wear black to mark the June 4 anniversary.

The authorities suppress commemorations of the Tiananmen crackdown every year in the run-up to its anniversary, detaining activists or placing them under house arrest.