May 26, 2014       Comments Off on Lawyer Held, Activists Questioned Over Tiananmen Seminar 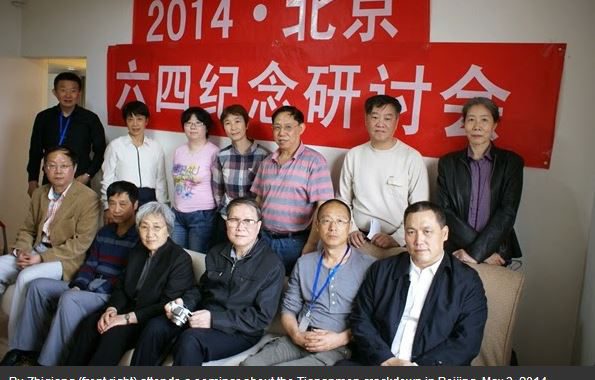 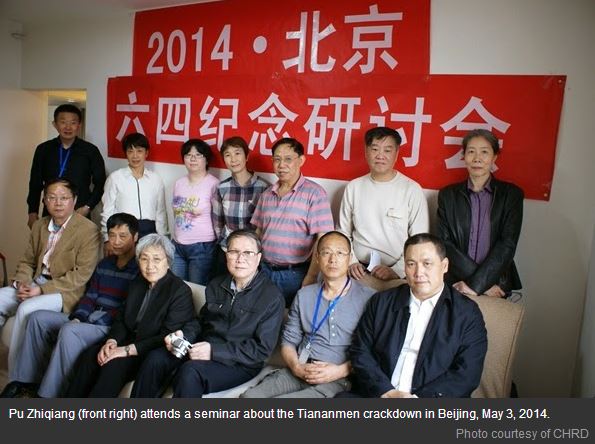 Chinese authorities have detained a top rights lawyer and questioned dozens of activists and family members of victims of the 1989 military crackdown on the Tiananmen Square student-led pro-democracy movement after they held a seminar to mark the sensitive 25th anniversary.

The move came after around 20 human rights lawyers, academics, and family members of victims attended a seminar in Beijing, where they called for a public inquiry into the crackdown on unarmed civilians by the People’s Liberation Army (PLA).

Beijing-based rights lawyer Pu Zhiqiang was detained by state security police, had his computer and other personal belongings confiscated, and was held for questioning, rights activists said.

“It was all because of the the seminar we held,” Beijing-based rights activist Hu Jia told RFA.

“They are locking up these activists as a way of warning even more people that if they do such things, they will be locked up too,” he said.

Pu was allowed home briefly for a change of clothes, but had not yet been released by midnight on Tuesday, the Chinese Human Rights Defenders (CHRD) group said in an emailed statement.

His assistant and fellow lawyer Qu Zhenhong, who is also related to Pu, said he was now being held under criminal detention.

“We only got the document today,” Qu said. “This all happened so suddenly that [the family] is thinking about who to hire [as his lawyer].”

“A lot of lawyers want to help out, and as his relatives we would like to thank them, but we really don’t want to bring down too much [political] trouble on their heads,” she said.

Beijing-based writers Liu Di and Hu Shigen were also summoned along with film academy professor Hao Jian. “Liu, Hu, and Hao … remain unaccounted for, with Hao missing for more than 30 hours at the time of writing,” it said.

According to CHRD international director Renee Xia, the 25th anniversary of the bloodshed is a particularly sensitive one for the ruling Chinese Communist Party.

“This year’s significant quarter-century anniversary will no doubt see tighter restrictions than ever on rights to peaceful assembly, association, and expression,” Xia said in a statement.

“The Chinese government’s attempt to silence any expression about Tiananmen is a continuation of its 25-year policy to shelter those responsible for the massacre from accountability,” she said.

Zhang Xianling, a prominent member of the Tiananmen Mothers victims group, said she still hopes that the administration of President Xi Jinping will pay attention to the group’s calls—repeated annually—for a public inquiry to be held, for compensation to be paid to victims’ families, and for those responsible for the bloodshed to be held accountable.

“It could be resolved within our lifetimes. It’s not out of the question, if I were to live another 15 years,” she said.

Meanwhile, a court in the southern Chinese city of Guangzhou on Monday heard an appeal from rights activist Li Weiguo who is suing police for “misuse of administrative punishments.”

Li was detained last year after making an application to stage a commemorative march marking the June 4 crackdown in Guangzhou last year.

The Haizhu District People’s Court in Guangzhou will announce its decision at a later date, Li told RFA after the 25-minute hearing.

The number of people killed when PLA tanks and troops entered Beijing on the night of June 3-4, 1989 remains a mystery.

Beijing authorities once put the death toll at “nearly 300,” but the central government, which labelled the six weeks of pro-democracy protests a “counterrevolutionary uprising,” has not issued an official toll or list of names.

The crackdown, which officials said in a news conference at the time was necessary to suppress a “counterrevolutionary rebellion,” sparked a wave of international condemnation, and for several years China was treated as a near-pariah as Western governments offered asylum to student leaders fleeing into exile.

The Chinese Red Cross initially reported 2,600 deaths but quickly retracted its statement, while the Tiananmen Mothers says it has confirmed 186 deaths, although not all at the hands of the army.

Reported by Yang Fan and Xin Yu for the Mandarin Service, and by Wen Yuqing for the Cantonese Service. Translated and written in English by Luisetta Mudie.