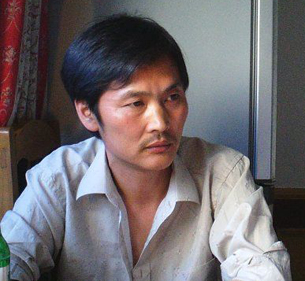 Liu Benqi (刘本琦) was sentenced after posting his opinions about democracy online and contacting political dissidents. He was initially taken into custody on suspicion of “spreading rumors or slanders or using other means to incite subverting state power or overthrow the socialist system.” He was held for almost a year before he was tried and issued a sentence nearly six months later. An active netizen promoting peaceful means to achieve democracy, Liu posted a petition in February 2012 called “Declaration of Chinese Free Citizens Calling to End Dictatorship.” That July, he commented in an online forum that citizens should exercise their constitutional right to protest and suggested a demonstration in Beijing. Days before he was detained, national security officers from three different provinces reportedly summoned Liu for questioning and confiscated two laptop computers from his home.

Liu Benqi said he suffered abuses and mistreatments during his prolonged detention, such as being shackled and repeatedly starved. After his sentencing in 2014, his wife Liu Ying (刘英) was allowed to see him briefly and reported that he was suffering from poor nutrition. Previously, she was neither allowed to visit nor notified about his trial or sentencing. His health was in very poor condition when he was released in July 2015 after years of starvation, mistreatment and torture. Liu, born in 1968 in Hubei Province, served as an officer in the People’s Liberation Army for 12 years. His wife faced retaliation from authorities for contacting a lawyer and revealing information about her husband’s case; she was punished in 2012 with a one-year term of Re-education through Labor.