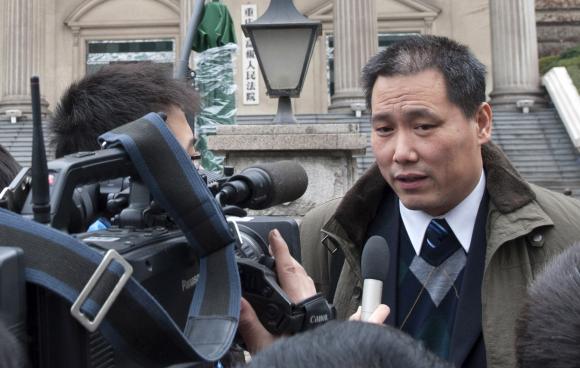 Originally published by Reuters on May 7, 2014

(Reuters) – The United States urged China to release rights activist Pu Zhiqiang and other rights campaigners detained this week after attending a meeting that called for a probe into the suppression of pro-democracy protests in Tiananmen Square in 1989.

“The United States is deeply concerned over reports that rights lawyer Pu Zhiqiang and other activists have been detained,” U.S. State Department spokeswoman Jen Psaki told a regular news briefing in Washington on Wednesday.

“We call on Chinese authorities to release these individuals immediately, remove restrictions on their freedom of movement, and guarantee them the protections and freedoms to which they are entitled under China’s international human rights commitments.”

The five rights activists were detained on Tuesday after they attended the weekend meeting that called for the Tiananmen investigation, three lawyers and a rights group said.

Pu Zhiqiang is a prominent free-speech lawyer, who has represented many dissidents, including artist Ai Weiwei and an activist of the “New Citizens’ Movement,” a group that urges Chinese leaders to disclose their assets. He was detained on a charge of “causing a disturbance,” two lawyers said.

He has also opposed the system of forced labor camps, which the government has abolished, and he was featured prominently in state media for that campaign – unusual for a government critic.

Also detained were dissident Liu Di and Xu Youyu, a professor with the Chinese Academy of Social Sciences, a government think tank, rights lawyer Shang Baojun said, citing conversations he had with family members of Liu and Xu.

Shang said he did not know what charge Liu and Xu would face as the families have not received their detention notices.

The detentions raised the stakes in a crackdown on dissent and underscored the sensitivity of Chinese leaders to criticism ahead of the 25th anniversary of the crushing of demonstrations around Tiananmen Square in Beijing on June 4, 1989.

The government has never released a death toll for the crackdown, but estimates from human rights groups and witnesses range from several hundred to several thousand.