Beijing, 25 Years on, Seems More Nervous Than Ever About Tiananmen Voices 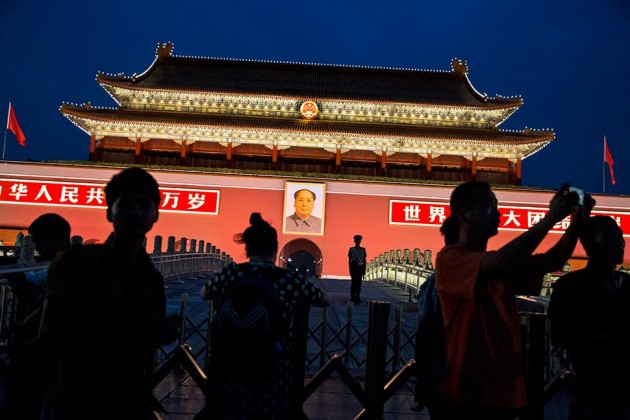 In what the Washington (D.C.) nonprofit Chinese Human Rights Defenders (CHRD) has labeled the “most” oppressive crackdown ever around a Tiananmen anniversary, at least 91 activists, dissidents, and scholars in China were detained, put under house arrest, or interrogated by police in the days immediately before June 4. Of those, 43 were forcibly detained.

CHRD has tracked the detention and harassment of activists—many of them past participants in the 1989 pro-democracy movement—in Henan, Hunan, Hubei, and Guangdong provinces as well as in Shanghai and Beijing.

When activist Jia Lingmin was taken from her home in Henan province on May 30, police accused her of “creating a disturbance,” a standard phrase used in the detention of protestors or activists that rarely requires anything other than the equanimity of the authorities to be disturbed. As of June 5, she remains in Zhengzhou No. 3 Detention Center, according to CHRD.

Luo Qian, a former student protest leader in 1989, was taken from his home in Hunan province and also accused, vaguely, of “creating a disturbance.” He is being held at Dongkou County Detention Center in Shaoyang City.

Sheng Guan, a 1989 activist turned Buddhist monk, was arrested in Wuhan on May 17 after giving a lecture about Buddhism at the Shangrai-La Hotel. He was charged with “inciting subversion of state power.” Four others at the same lecture were also taken into police custody on the same charges.

A full and updated list from CHRD is available online.

Some China-watchers initially hoped Xi Jinping, who became president in March 2013, might push to loosen political controls, in addition to pursuing economic reforms. Quite the opposite seems true now.

Reflecting on what might have been, the Atlantic’s James Fallows tweeted earlier today, “Last sad thought on 6/4: Imagine the difference a reform-minded [Xi Jinping] *might* have made had he said, ‘We’re strong enough to face our past.’”