Originally published by US News on June 6, 2014 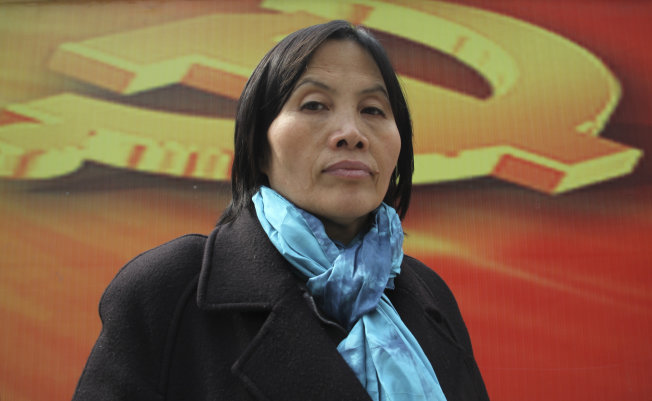 It’s too late for Cao Shunli, but the U.S. can take steps to prevent further tragedies.

The anniversary of the June 4, 1989, suppression of China’s democracy protests has passed. However, dissidents and activists detained in the weeks leading up to the anniversary are still in custody. According to Chinese Human Rights Defenders, more than 40 have been criminally detained or arrested. In light of the death of the human rights activist Cao Shunli, Washington should urgently seek their release and pressure authorities to provide humane treatment and, if necessary, medical care in custody.

Cao died on March 14, at age 52, five months after disappearing from Beijing Capital Airport and being taken to Chaoyang Detention Center. There, she was held incommunicado for several weeks, prevented access to her lawyer and denied medical treatment. She was transferred to a hospital only when officials feared she might die in jail.

Cao was devoted to increasing participation by Chinese citizens in reviews of the country’s human rights performance. When she was seized, she was about to board a flight to Geneva to participate in a training course and attend a session of the UN Human Rights Council.

[READ: China Learned All the Wrong Lessons From Tiananmen]

In an essay about Cao’s life and death, Renee Xia and Perry Link note a pattern of Chinese dissidents’ deaths after custody. Citing the cases of Duan Huimin, Chen Xiaoming and Goshul Lobsang, they ask “whether Chinese authorities are deliberately withholding medicine from political detainees as another way to punish them and intimidate their followers.” With regard to the dozens detained before the June 4 anniversary, Xia and Link expressed special concern for Pu Zhiqiang, a prominent human rights lawyer, and Professor Xu Youyu, both detained after attending a private discussion about the June 1989 democracy protests. Xia and Link report that Pu and Xu’s medications were confiscated upon their arrival at Beijing No. 1 Detention Center. “The next day both men were offered pills that they did not recognize. Xu was afraid of ingesting them and declined. Pu reluctantly accepted them,” they wrote.

In recent weeks, the Obama administration has sanctioned 12 Russians, bringing to 30 the number sanctioned under the Magnitsky Act, a 2012 bill that directs the imposition of asset freezes and visa bans for Russians responsible for serious human rights abuses. Given the climate of repression under the Putin government, the public list could undoubtedly include more people closer to the center of power. Leaving that aside, it is significant that the administration is now performing a task it resisted under a law it staunchly rejected. It should be harder now for the Obama administration to oppose applying the “Magnitsky sanctions” around the world, as a bill introduced in January by Sens. Ben Cardin, D-Md., and John McCain, R-Ariz., the Global Human Rights Accountability Act, intends.

It’s too late to help Cao, but not to deter similar abuses. Prior to its passage, the administration insisted the Magnitsky law wasn’t necessary, and that the executive possessed the authority to act against human rights abuses. In that case, it need not wait to act until Congress extends the Magnitsky Act to the rest of the world. Even announcing a review of Cao’s case would be an admirable, perhaps life-saving act for someone else, perhaps even Pu or Xu. Officials responsible for Cao Shunli’s death in jail are prime candidates for such review and sanctions. According to information available on the Internet, the director of the Chaoyang Detention Facility is named Huang Pei.