Originally published by Crossmap on August 18, 2014.

Zhisheng, 50, is a Christian lay leader as well as a Beijing-based lawyer. He came to prominence for defending activists and religious minorities before Chinese authorities closed down his law practice in 2005, and arrested him for ‘subversion’ a year later, a charge that is often used by China against government critics.

After years of disappearance and torture, Zhisheng was finally released from the remote Shaya Prison in Xinjiang, western China on 7 August and went home to relatives, saying his teeth were so loose he could not eat. His latest conviction was for ‘inciting to subvert state power’.  A Washington DC-based group called Freedom Now, which campaigns for prisoners of conscience, says that he had been held in solitary confinement for the whole three years, in a small cell, with minimal light.  It said he was fed a single slice of bread and piece of cabbage once a day and had lost roughly 22.5 kg (50 lbs). It also reports he had no access to books, and says  “He can barely talk – and only in very short sentences – most of the time he mutters and is unintelligible. It is believed he is now suffering from a broad range of physical and mental health problems; he has not been allowed to see a doctor since his release”.

His wife and two children escaped China five years ago to live in the US, but he would have to be released with unconditional freedom to be able to join them.

Other high-profile activists, says Human Rights Watch, are subjected to ongoing restrictions such as house arrest after their release from prison. That China is accusing its human rights lawyers of subversion, it also says, is a clear indication of a battle for values and individual freedoms that is raging in the country.

Zhisheng, once celebrated by China as one of its top ten lawyers, is now an ex-convict barred from practising the law and talking to the media as one of China’s highest profile dissidents.

But he is just one among many human rights lawyers and activists who have been arrested, ‘disappeared’ and who claim to have been tortured in efforts to intimidate them.

In 2001, Zhisheng was named as one of China’s top-ten lawyers by the Ministry of Justice. But that was before he began to champion the rights of the poor and publicly criticise China for religious persecution and the abuse of human rights.

From December 2004, he wrote three open letters to China’s leaders, calling for an end to the persecution of those who practise Falun Gong, a spiritual discipline derived from Buddhist tradition, generally regarded as a cult movement. The practice, which was introduced to China in 1992, attracted many followers who called on Beijing for its recognition. The authorities saw it as a threat similar to unregistered Christian churches, and clamped down on the movement. As a Christian, he saw its members as unjustly treated, as too are other Chinese minorities.

The common thread is the perceived threat to the supreme authority of the Communist Party, by those who reject atheism and claim to serve a higher spiritual purpose. If pushed, they refuse to come under state regulation and control.

China remains a totalitarian nation, whose ruling Communist Party still holds absolute power. Human rights activists and others who publicly oppose the government may be subjected to discrimination, arrest and even long-term imprisonment.

Gao Zhisheng: from star lawyer to ‘inciting to subvert the state power’ 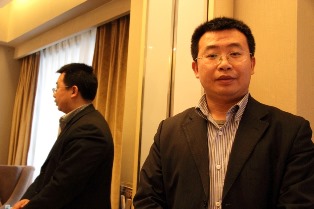 In November 2005, the Beijing Municipal Bureau of Justice shut down Zhisheng’s Shengzhi Law Firm in Beijing. They revoked his licence and found him guilty in 2006 of ‘inciting to subvert the state power’.  He was given a suspended sentence, but continued to campaign for religious freedoms and human rights.

After being arrested again in 2007, he published an article claiming he had been tortured under interrogation for 50 days.

He claimed he had been followed by secret police, knocked to the ground, hooded and abducted. In the article published worldwide, he wrote: ‘The electric shock batons were thrust all over me. And my full body, my heart, lungs and muscles began jumping under my skin uncontrollably. I was writhing on the ground in pain, trying to crawl away. Wang [his interrogator] then electrocuted my genitals.’

According to Zhisheng, his interrogators accused him of sexual immorality and of writing to the US Congress. Zhisheng says they tortured him to confess using techniques they had practiced on the Falun Gong. ‘They used toothpicks to pierce my genitals. I can’t use any language to describe the helplessness, pain, and despair that I felt then.’

Eventually Zhisheng broke and wrote a letter to the US Congress saying he had been treated well and had been duped by the Falun Gong. But he later recanted and documented his alleged torture in the article, “Dark Night, Dark Hood and Kidnapping by Dark Mafia.”

In February 2009, Gao Zhisheng was again arrested at his home in front of his family. It was only in March 2011 that state media announced he’d been jailed for three years.

Zhisheng is now said to be staying at his father-in-law’s home in Urumqi. But when his wife, Geng He, spoke to him on the phone she could tell security officers were with him, according to the US-based Chinese American Christian pastor and human rights campaigner, Bob Fu.

‘Zhisheng is still far away from true freedom,’ says Fu, a former Tiananmen protester and refugee, who now runs China Aid. Another Beijing-based human rights activist, Hu Jia, told reporters: ‘Zhisheng will not be given real freedom. The Communist Party worries Zhisheng will become a leading rights defender, so the restrictions on him will be long-term.’ Hu told Radio Free Asia that security police have forbidden Zhisheng from speaking to the media.

Zhisheng is expected to seek asylum in the US. 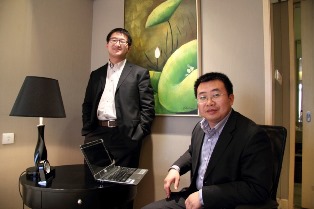 Amnesty International has accused China of clamping down on lawyers involved in cases critical of the Chinese authorities. In its report, “Against the law – Crackdown on China’s Human Rights Lawyers Deepens“, Amnesty International’s Asia Pacific Deputy Director, Catherine Baber says:

“Human rights lawyers are subject to escalating silencing tactics – from suspension or revoking of licences, to harassment, enforced disappearance or even torture.” This happened to Zhisheng.

Liberty groups say the clampdown against lawyers intensified in the months after the Arab Spring revolutions, when China began to fear a ‘Jasmine Revolution’ of its own. Many were rounded up. Many claim to have been tortured in efforts to intimidate them.

Amnesty claims that intimidation is working, and few are now willing to defend victims of religious persecution, including Christian and Tibetan activists, the banned Falun Gong, and Muslim Uighurs.

According to the pro-democracy pressure group Chinese Human Rights Defenders, there have been upwards of 1,600 cases since 2012 of Chinese human rights activists ‘detained for at least five days, and in some cases tortured or mistreated.’

In March, for instance, four human rights lawyers were arrested after investigating alleged abuses at a so-called ‘Legal Education Centre’ in Heilongjiang province. Chinese Human Rights Defenders claim there are 449 such detention centres in China, which it describes as ‘brainwash centres and black jails’ used to ‘re-educate’ dissidents.

The four lawyers investigating the Centre also claim to have been unlawfully detained and tortured. They include the prominent Christian advocate Jiang Tianyong, who was held for 15 days accused of ‘utilising cult activities to harm society’.

Interviewed recently in Beijing he said: ‘As a human being, I am definitely afraid of such torture, they want to fill our hearts with terror and fear, but that cannot stop us doing the right thing – the pursuit of justice.’ He broke down during the interview and had to recover his composure. Days later, he was arrested.

Some of China’s human rights lawyers, such as Zhisheng and Jiang Tianyong, are professing Christians. And in the eyes of the state that means they owe their first allegiance to an authority that is higher than the ruling Communist Party.

‘In their eyes we are the enemy’, another Christian human rights lawyer Zhang Kai explained. ‘Our core values are different. They are atheists and we worship God. An authoritarian state is naturally against freedom.’

But in cracking down on lawyers who defend personal human freedoms, the Chinese authorities are seen as simply proving the lawyers’ case – that there is a fundamental lack of individual human rights.

Talk of individual freedoms runs counter to the state’s authoritarian, atheist and collective approach. How China is treating her lawyers is a clear indication that her leaders continue to view the authority of the state and the party as paramount over every Chinese citizen.

A recent World Watch Monitor report showed that lawyers can be on the receiving end of physical violence, apparently from government-hired aggressors. The lawyers had been hired to defend a group of detained Christian church leaders. When the lawyers demanded access to their clients, a group of about 100 plain-clothed officials appeared and began to threaten and abuse the lawyers. The attack was filmed and broadcast around the world because of the presence of a television crew from Sky News.