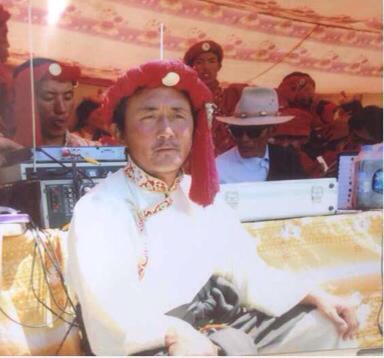 A group of lawyers disclosed details of torture of their clients, former party officials held for months in Hunan under shuanggui, a form of extralegal detention used by the Chinese Communist Party (CCP) to discipline its members and government officials. Among the victims, Xiao Yifei (肖疑飞), a former deputy CCP secretary of an industrial park in Ningyuan County, was held from June to December 2012 during an anti-corruption investigation. During that period of time, the perpetrators from Ningyuan County Discipline Inspection Commission subjected Xiao to “hanging pig,” where his hands were handcuffed behind his back as he was hung from the ceiling and beaten; forced him to wear heavy body armor and struck him with a wooden stick; and simulated drowning, which Xiao described as “unspeakable horror, worse than death.” In addition, guards deprived Xiao of food, insulted and threatened him, and exposed him to very cold temperatures. After his release from shuanggui, Xiao was charged with “bribery,” and his case was transferred to the Yongzhou City People’s Procuratorate, which threw it out for lack of evidence. The attorneys provided the details in an open letter to CCP leaders after Xiao was again taken into police custody on July 19, 2014. Xiao had made several unsuccessful requests for an investigation into his past torture and gave an interview this past March to foreign media, all of which may have contributed to his current detention. The lawyers have also represented many others who were mistreated under shuanggui in the same county in 2012.[1]

Authorities in Mudanjiang City, Heilongjiang Province apparently issued an official ordinance barring Beijing-based lawyers from visiting clients in the city’s detention facilities, in a clear violation of China’s Criminal Procedure Law and Lawyers Law. Two human rights lawyers—Mr. Tang Tianhao (唐天昊) and Ms. Wang Yu (王宇)—were blocked from meeting a client in Mudanjiang No. 2 Detention Center on August 11 and 12, where guards cited a “Three No’s” order specifically aimed at Beijing lawyers: no admittance [at detention facilities], no acceptance of [lawyers’] complaints, and no explanation. The order was reportedly signed by Mr. Li Ming (李明), the deputy secretary of the Mudanjiang City Politics and Law Committee and head of a CCP office that handles Falun Gong cases. In March, four Beijing-based rights lawyers were administratively detained, beaten, and tortured in another city in Heilongjiang after they attempted to defend Falun Gong practitioners being held in a black jail.[2]

Beijing police have reportedly arrested two petitioners-turned-activists who made repeated requests to obtain information on how authorities investigate alleged abuses against petitioners, according to Civil Livelihood and Rights Watch. Mr. Guo Hongwei (郭洪伟) of Jilin Province and Ms. Liu Xiaohua (柳小华) of Hubei Province, told their lawyer, who visited them on August 7 at Xicheng District Detention Center, that they had been arrested on charges of “creating a disturbance.” Criminally detained on July 3, the two attempted several times in May to submit an Open Government Information application to the State Bureau for Letters and Visits, the body overseeing the petitioning system. But the applications were refused. Guo and Liu had sought information about how the system is supervised and how conflicts involving grievances are investigated. These areas are addressed in guidelines issued in February 2014 meant to reform the petitioning system that the government said would bring about more transparency on how grievances are handled. Guo Hongwei began petitioning after suffering reprisals for exposing official corruption in his workplace in Jilin Province. Liu Xiaohua previously worked for a state-run company in Hubei Province before being laid off for advocating for workers’ rights.[3]

Meanwhile, veteran democracy activist Lü Gengsong (吕耿松) was formally arrested by Huangzhou City Public Security Bureau on a charge of “subversion against state power” on August 13. Mr. Lü was detained on suspicion of the same charge more than a month ago, on July 7. He is held at the Hangzhou City Detention Center. Lü has been actively involved in human rights activities and is openly a member of the Zhejiang branch of the banned China Democracy Party. He has been detained many times and most recently imprisoned for four years after he was convicted of “inciting subversion against state power” in 2008. If convicted as a main instigator of “subversion,” a more serious crime than “inciting subversion,” Lü could face life in prison or a minimum 10-year prison sentence, according Article 105 of China’s Criminal Code.[4] 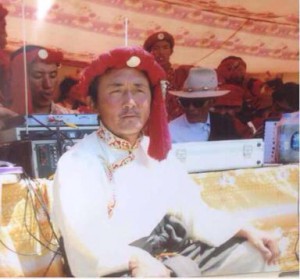 Chinese paramilitary forces opened fire on unarmed Tibetan protestors on August 12 in Sichuan Province, injuring 10. The group of villagers from Sershul (CH: Shiqu) County, Kardze (CH: Ganzi) Tibetan Autonomous Prefecture had been protesting after police seized a local village leader, Wangdak, the night before. The protestors suffered gunshot wounds to their heads and torso, according to Tibetan Centre for Human Rights and Democracy. A number of protestors were also reportedly taken into custody on the night of the shooting. On the following day, the paramilitary police surrounded the village interrogated a number of villagers. Wangdak may have been taken into police custody after he spoke out against the banning of a Tibetan cultural festival.[5]