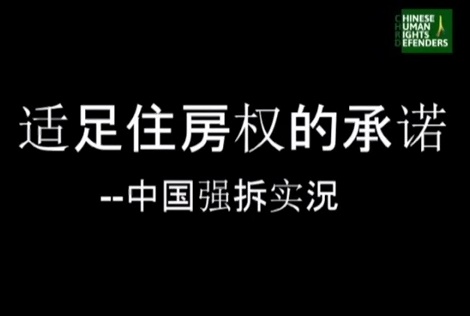 The below video is about the situation of the forced eviction and demolition in the last decade in China. The three interviews in the video reveals the case of forced evictions, with violence, abuses, inadequate or no notice carried out in the State party. Although the adoption of the 2011 Regulations on the Expropriation of Houses on State-owned Land and Compensation prohibits the use of violence and granting urban home-owners facing evictions the rights to consultation, and informed consent, adequate compensation and effective legal remedies, the lack of effective implementation of such regulations is still the situation nowadays as shown in the video.