The Dark Side of the Boom: As China’s Economy Grows, Evictions and Land Grabs Rise With It

January 1, 2015       Comments Off on The Dark Side of the Boom: As China’s Economy Grows, Evictions and Land Grabs Rise With It 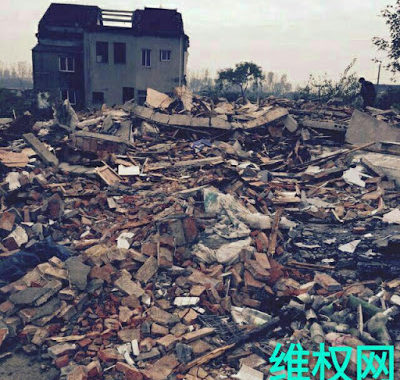 Originally published by the Fletcher Forum of World Affairs (Tufts University) on December 28, 2014

The booming construction and development industry in China, where the government faces no democratic constraints and rule of law exists only on paper, has brought about a devastating side effect: violent episodes of land appropriation, housing evictions, and demolitions that typically victimize the poorest citizens, particularly in urban areas. Often in partnership with developers, governments dispatch police and even hired thugs to force families to surrender land or leave their residences. Demolition crews with bulldozers have confronted residents who resist, and clashes have led to injuries and deaths caused by beatings, the collapse of properties, demolition equipment, and in some cases, suicide, including self-immolations. Many Chinese citizens have lost their homes and sense of security to development that today has produced a huge overcapacity of housing in a cooling real estate market.

Forced evictions and demolitions have become central concerns among activists across the country, having led to myriad human rights abuses as well as an upturn in homelessness and poverty. While specific data is difficult to come by given China’s restrictive media environment, the issue has also been criticized by the UN Committee on Economic, Social and Cultural Rights. In May 2014, the Committee expressed regret that China has not eliminated these violent incidents, referencing reports it had received on “thousands of forced evictions carried out with inadequate or no notice” in recent years.

As the owner of all land in China, the government plays a key role in development and housing projects. Local authorities can profit handsomely, with some officials using land sales to plug government debt, and others exploiting positions of power for their personal gain. Officials may collude with developers while pressuring citizens to sign agreements to leave behind land or residences ordered to be taken over. After getting permits from officials, developers typically offer compensation well below a property’s market value. Developers can sell land at a substantial profit and then pay back governments. This moneymaking cycle is a strong incentive for officials to push forward eviction and demolition plans.

Though victims of evictions and demolitions are legally entitled to receive compensation for losing their homes, it is often inadequate to acquire housing equal in size, quality, and convenience. And they may receive no compensation at all. While China’s social security regulations provide for housing from the government for people who are unable to secure it on their own, the system is vulnerable to fraud: widespread corruption within the Chinese Communist Party has meant that some officials pocket public funds that were earmarked to build housing. Without the basic necessity of housing, many Chinese have no hope of living the “Chinese Dream.” The propagated slogan of President Xi Jinping’s administration encourages citizens to achieve prosperity while millions are being pushed in the opposite direction.

Many facing the loss of land or homes, or unfair compensation offers, have tried to use China’s laws and regulations to seek remedies. Instead, some of these individuals have been placed under surveillance, harassed, beaten, and even imprisoned by Chinese officials who view them as obstacles to profit-making schemes. The harshest treatment is usually reserved for alleged “ringleaders”—the organizers of lawful demonstrations, the representatives in mass lawsuits for displaced citizens, and the loudest voices exposing corruption.

Forced demolitions and land grabs make up perhaps the most common grievance among China’s countless “petitioners,” who take complaints to government authorities via an overwrought and inadequate system for seeking redress. Petitioners who reach the highest rungs of government in Beijing can spell trouble for lower officials, since they reveal issues of corruption in the provinces that can jeopardize budget allocation and officials’ chances at bonuses and promotions. One way that local authorities try to silence such “irritants” is to lock them up in “black jails,” illegal detention facilities run outside the reach of Chinese law where they may be physically assaulted, held under abject conditions, or forced to undergo “legal education” about how to “properly” petition.

Regulations that took effect in June 2011 to alleviate problems of forced evictions and demolitions have not stopped them from continuing in virtually every Chinese city. A major problem lies in the fact that these regulations allow governments themselves to determine land use under the pretext of providing for “public interests,” and for officials to order evictions and demolitions to occur without public consultation.

President Xi’s “anti-corruption” platform pledges to cleanse the Chinese Communist Party of this rampant malfeasance but thus far has more bark than bite. Some punishments have been doled out for officials who have benefited unjustly from real estate deals, but these penalties have been applied unevenly and too rarely. Also, as with other official gestures to curb corruption, they appear to serve political purposes by instilling fear into other officials, mollifying the public and press, or removing rivals in party power struggles.

No independent judiciary exists in China through which victims of forced evictions and demolitions can seek real redress. Law enforcement agencies, if not actually cooperating with and benefiting themselves from development projects, rarely investigate these cases. Victims who wish to pursue justice have two options: appeal to higher-level government authorities or bring lawsuits in court. Both avenues are clearly ineffective. In the former case, officials just send complaints back to lower levels of government—often the source of victims’ problems in the first place, which can open up citizens to reprisals. Cases filed with courts are usually rejected as “unacceptable” or “unsuitable.”

Thus, while China’s rapid economic growth has benefited many, millions also have been left behind by unequal wealth distribution, opaque financial deals, widespread corruption, and lack of independent channels for accountability. A worsening economic climate and crushing local government debt may well push desperate officials to take other paths to profit, trampling further on the rights of the most vulnerable in Chinese society.