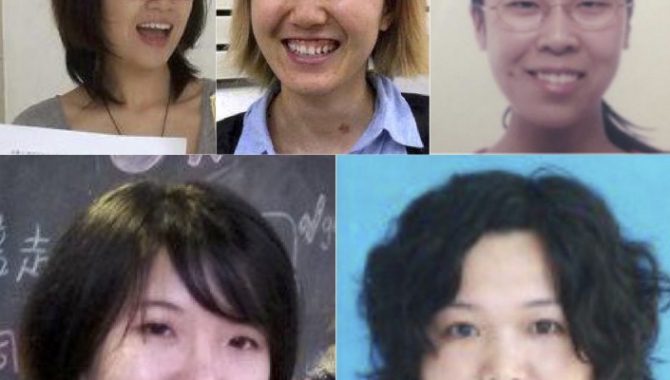 Five female activists working on women’s and LGBT rights issues have been put under criminal detention on suspicion of “creating a disturbance” after authorities in three Chinese cities seized at least nine activists in total on March 6 and 7. They were all taken into custody prior to a planned anti-sexual harassment campaign for International Women’s Day. Given the surrounding circumstances, the five criminal detentions appear to be government retaliation for the activists’ NGO advocacy work promoting equal rights for women, including holding China accountable to commitments made before the United Nations to eliminate discrimination against women. The five activists who have been criminally detained are being held at Haidian District Detention Center in Beijing. The four other activists initially taken into police custody were released after being interrogated.

The activists had planned to hold activities to raise awareness of sexual harassment on public transportation on the eve of International Women’s Day on March 8, including by placing stickers on buses and other public transport vehicles in Guangzhou and Beijing. The activity was reportedly planned despite the “sensitive” environment surrounding the “Two Meetings” being held in Beijing (the annual sessions of the National People’s Congress and the Chinese People’s Political Consultative Conference). The activists had heard reports that the All-China Workers Federation might introduce an anti-sexual harassment bill during the sessions.

According to CHRD sources, the activists under criminal detention (listed below) have fought for the rights of individuals suffering from HIV/AIDs and Hepatitis B, disabled persons, women discriminated against in rural land entitlement, employment, and higher education, and female victims of rape or sexual harassment, as well as the rights of LGBT individuals. 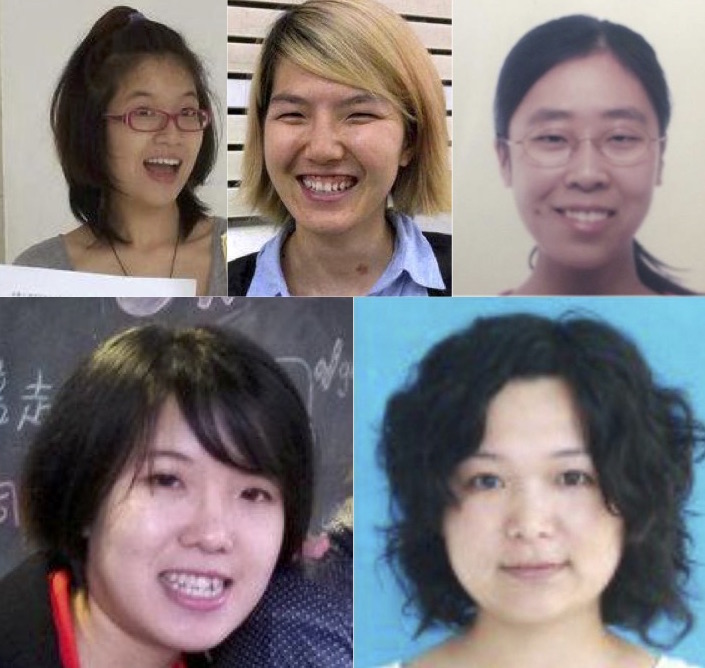 Wu Rongrong (武嵘嵘), 30, is the founder and executive director of the Weizhiming Women’s Center in Hangzhou, which was established in 2014. Wu was previously the project leader for women’s rights programs at the Beijing Yirenping Center and a staff member of the Beijing Aizhixing Institute, China’s leading NGO on the rights of people affected with HIV/AIDS.

Li Tingting (李婷婷, aka Li Maizi, 李麦子), born in 1989, is the Beijing-based manager of the LGBT program at the Beijing Yirenping Center. Li has led many of the group’s campaigns related to anti-discrimination, domestic violence, and biased policies towards women in higher education and employment.

Zheng Churan (郑楚然, aka Datu [Giant Rabbit], 大兔), born in 1989, is a staff member of Yirenping based in Guangzhou. Zheng has led many local initiatives in support of women’s equal rights and fighting discrimination against victims of sexual violence and women with disabilities.

Wei Tingting (韦婷婷), 27, is the director of Ji’ande (际安德), an LGBT rights organization based in Beijing, and has taken part in LGBT and women’s rights advocacy work with other NGO activists.

Wang Man (王曼) is a Beijing-based coordinator for the Global Call to Action Against Poverty (GCAP) and Feminist Task Force, international alliances of civil society groups working on gender equality in poverty eradication. Wang has also worked on women’s rights issues alongside other NGO activists.

None of these five women have been allowed access to lawyers. According to their attorneys, Beijing police initially detained Li Maizi, Wang Man, and Wei Tingting in the evening of March 6, and searched Li’s home. That same evening, Guangzhou police from Xinggang Road Police Station took Zheng Churan in for questioning and searched her home, taking away banners and other materials meant for use during the anti-sexual harassment campaign. Hangzhou police detained Wu Rongrong on March 7, and searched her home and the office of the Weizhiming Women’s Center. Officers interrogated her at the Gudang Police Station in Xihu District. Reportedly, she had used her cellphone to reach a friend, who only heard screaming and crying before Wu’s phone was cut off.

Zheng and Wu were transported to Beijing—significant distances from where they were taken into custody, a strong indication that they were swept up in a coordinated nationwide police action against NGOs based in Beijing, and likely because of orders from the central government.

Li, Wu, and Zheng have all actively promoted the UN Convention on the Elimination of All Forms of Discrimination against Women (CEDAW) in China by conducting trainings, disseminating information, organizing events to raise public awareness, documenting cases of rights violations, and participating in CEDAW reviews. As part of reviewing the Chinese government’s compliance with the Convention, the CEDAW Committee stated in Concluding Observations in November 2014 that it was concerned about reprisals against NGOs and activists taking part in the review process, and about restrictions and censorship faced by NGOs in China.

The detentions and raids on NGO offices come at a time when the Chinese government is introducing strong measures, including a draft law to restrict the funding and the operations of foreign NGOs inside China, to further close off space for NGOs to function. The draft law on regulating foreign NGOs, which is working its way through the bureaucratic process, appears to give police vast supervisory powers over foreign NGOs operating inside China, and requires pre-approval by government agencies regarding project work, restrictions that could force foreign organizations to close their doors in the mainland. CHRD has confirmed a media report about two foreign nationals working for NGOs in China who have had to leave the country over visa issues, in just one recent sign of how foreign NGOs are confronting obstacles. One of them, who had volunteered with the Beijing Yirenping Center, was detained for 10 days before being forced to leave. The draft law also follows on regulations proposed by authorities in Guangzhou in October 2014, which sparked public protests by labor groups that eventually led city authorities to scale back provisions that would shut down NGOs that received funding from overseas. Since President Xi Jinping came to power in March 2013, crackdowns on civil society have led to the detentions of dozens of Chinese citizens who work at NGOs or have affiliations with such groups. They are among nearly 1,500 human rights defenders who have been deprived of their liberty in the past two years, according to partial data compiled by CHRD.

The other four known activists who were released after police questioning are also NGO staff working on women’s and LGBT rights: Ai Ke (艾可), who coordinates the Chinese production of the play “The Vagina Monologues”; Gao Lei (高垒), a transgender male activist who created a group called Good Men for Feminism (女权好男儿); Xu Ting (徐汀, aka Xiaola, 小辣), a graduate student, affiliated with the Weizhiming Women’s Center, and a member of the Rainbow Coalition in Wuhan, an LGBT group; and Yu Lian (于莲), a student volunteer.[1]

The Chinese government must release these five women’s and LGBT rights activists, while its delegates are attending the UN Human Rights Council, currently in session in Geneva, and the conference of the UN Commission on the Status of Women, also in session in New York, marking the 20th anniversary of the Beijing Declaration and Platform for Action. These UN bodies must hold the Chinese government accountable to its international obligations to protect and promote the equal rights of women and respect the rights of women human rights defenders.