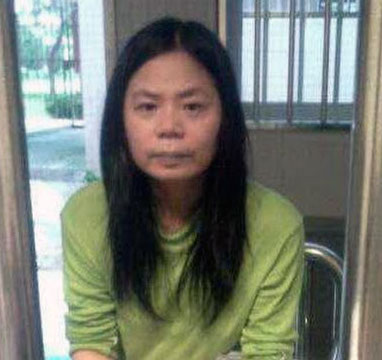 Communique on Behalf of Li Biyun, Citizen of the People’s Republic of China,
Alleging torture and other cruel, inhuman or degrading treatment or punishment

I. Identity of the person(s) subjected to torture

6. Occupation: Ms. Li, a land rights activist who has previously worked as an accountant, campaigned in 2011 to run as an independent candidate in a Chinese Communist Party-controlled election for her local People’s Congress.

8. Activities (trade union, political, religious, humanitarian/ solidarity, press, etc.): In 2009, Ms. Li collected evidence about government officials’ role in illegal land grabs in Rongli Village in Foshan City, Guangdong Province. She reported this situation to higher-level government departments, but no official progress was made toward resolving the issue, either by investigating and criminalizing perpetrators or providing compensation to land reclamation victims. Her activism earned her much support from fellow villagers, but also led to retaliation by local officials. In 2011, Ms. Li ran as an independent candidate for her local People’s Congress, but authorities disrupted the voting and discredited her candidacy, arbitrarily detained and arrested her, and subjected her to several forms of torture.

1. Date and place of arrest and subsequent torture:

On July 16, 2009, police officers Zeng Xishun (曾喜顺) and Huo Bingchao (霍炳潮), acting under the leadership of the vice director Li Zhikun (李志堃), beat Ms. Li severely while her hands were handcuffed behind her back. This caused fractures to Ms. Li’s thoracic vertebra, cervical vertebra, and lumbar vertebra, and injuries to her head. She was beaten so severely that she lost her abilities to speak and walk for approximately eight months. She also suffered frequent dizziness and sometimes fell into a coma. After the assault, Ms. Li was held at Shunde District Detention Center under suspicion of “obstructing official business” for 10 months. During this period, she was denied medicine and medical treatment until she was in critical condition and needed to be sent to the emergency room. Afterwards, Ms. Li was taken back to the detention center for repeated interrogation, which included forced attempts by police to have her confess to the criminal charge against her.

While running as an independent candidate, Ms. Li was taken to the Community Police Station from the local election site by police. Officer Wu Zhanhong (吴湛洪) instructed other officers to handcuff her for 14 hours in a corridor, during which time Ms. Li was completely deprived of food and rest. Ms. Li was detained for seven months on a charge of “undermining elections” and during this period, she was continuously beaten and tortured. According to her, the police deliberately punch and kick her head and back—the parts of her body where she felt the greatest amount of pain, and where injuries to this day have not yet fully healed.

Ms. Li was tied to a “tiger bench” (a torture device) in order to force a confession, and then detained for allegedly “obstructing official business” at Shunde District Detention Center for more than 10 days. Right after she was detained, several officers from a police station in Shunde District beat her, which resulted in broken vertebrae and her losing consciousness. After she was taken to the hospital, doctors refused to treat her since police did not provide any money to cover Li’s medical expenses. Li also reported that she had to sleep on the floor at Shunde District Detention Center, where she was forced to wear iron shackles to prevent her from walking. In addition, she was forced to stand for extended periods of time. At one point, she was transferred to Guizhou Hospital, but the doctors refused to give her medical records and discharged her from the hospital on the orders of police officers.

On October 12, 2013, Ms. Li was taken away on suspicion of “obstructing official business” and detained at the Shunde District Detention Center, where she was subjected to beating and inhuman treatment for 14 months. She was sent to the Guangdong Armed Police Forces Hospital due to broken thoracic vertebrae, an injury caused by the police beating there. At the hospital, she was denied treatment and instead shackled her to her bed for 10 days, which eventually caused bone deformities. When she requested medication to ease the pain, the doctor told her that her physical condition was fine and to stop feigning illness. After seven months of inadequate treatment, she was sent back to Shunde District Detention Center in May. At the facility, mistreatment and torture of Ms. Li continued. For example, when she was sick and had difficulty breathing, prison officers forcibly covered her with three quilts on a day that was 40 degrees Celsius. Thereafter, she developed lung problems and coughed up blood. In addition, prison guards instructed other inmates to attack her. She suffered nerve damage and ruptured ligaments, and was thus unable to walk. During her trial in July 2014, she stated that her feet were always shackled with 20 to 30 kg-heavy manacles. Police there also reportedly refused to accept clothes that her family had brought for Ms. Li, forcing her to wear the same clothing for three months.

On the day of her release, and after a secret sentence, police deposited Ms. Li on the side of a street with her hands tied behind her back and head covered with a helmet, which was duct-taped to prevent anyone from recognizing her.

3. Were any person, such as a lawyer, relatives or friends, permitted to see the victim during detention? If so, how long after the arrest?

Her attorney, lawyer Liu Zhengqing (刘正清), was able to visit Ms. Li about 10 times total over the course of her four detentions; during the first detention, lawyer Liu visited Ms. Li the day after she was arrested. However, her family has not been allowed to visit her.

4. Describe the methods of torture used:

Physical violence and assaults; deprivation of food and rest/sleep; use of a “tiger bench” (instrument of torture); deprivation of effective medication; verbal threats; coercion; and psychological pressure

5. What injuries were sustained as a result of the torture?

Ms. Li suffers from permanent damage to her legs and back due to long-term torture and mistreatment, and after not receiving prompt and appropriate medical treatment for injuries noted above. She often loses consciousness due to compression of her cranial nerves. In addition, she often feels tremendous pain in her chest and head, and has great difficulty speaking and walking.

6. What was believed to be the purpose of the torture?

It is believed that the purpose of the torture was to intimidate Ms. Li into quitting her rights defense activism, initially by preventing her to run successfully in her local election. The torture also was used as a threatening example to her supporters and others wishing to engage in similar rights defense work.

7. Was the victim examined by a doctor at any point during or after his/her ordeal? If so, when? Was the examination performed by a prison or government doctor?

Examinations were conducted when Ms. Li was in critical condition or lost consciousness. The doctors were from the Armed Police Forces Hospital in Guangdong, an institution operated by the Chinese government. She was sent to a private hospital after her release in December 2014, but the doctor refused to show her results from an examination and also denied her treatment. Ms. Li suspected that local police pressured the doctor not to treat her.

8. Was appropriate treatment received for injuries sustained as a result of the torture?

No. Treatment that Ms. Li received was merely a formality, and a routine check each time. No effective medical treatment for her injuries has been provided.

9. Was the medical examination performed in a manner which would enable the doctor to detect evidence of injuries sustained as a result of the torture? Were any medical reports or certificates issued? If so, what did the reports reveal?

Medical examinations should have enabled examining physicians to detect evidence of injuries sustained as a result of the torture. However, no report or certificate from such examinations has been released. Ms. Li have said that doctors have conducted tests but refused to show her the results.

10: If the victim died in custody, was an autopsy or forensic examination performed and which were the results?

1. Were any domestic remedies pursued by the victim or his/her family or representatives (complaints with the forces responsible, the judiciary, political organs, etc.)? If so, what was the result?

Ms. Li has not sought remedial action for several reasons, one of which is her very poor physical condition that greatly limits her in daily life. Due to her past experiences, she fears that filing litigation charges against local police will result in further abuses, including detention. Ms. Li also lacks formal medical evidence to support her allegations of torture, and she cannot financially afford a lawyer. She has gone to hospitals many times to seek a medical examination, but the hospitals have made various excuses in refusing examination and treatment. It is believed that local authorities are pressuring the hospitals to refuse to provide her medical services.