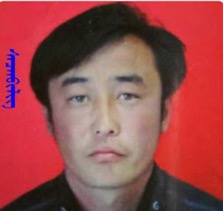 Several Inner Mongolian activists, petitioners, and herders have been detained in the past two months after exposing online or protesting industrial pollution and corruption over land rights that have threatened their livelihoods. Six individuals remain in police custody, with one being held incommunicado and, thus, at significant risk of torture. In recent years, the increase in mining and resource extraction in Inner Mongolia has encroached on the traditional nomadic and grasslands lifestyle and livelihoods of ethnic Mongolian herders. In the reported cases since March, herders have drawn public attention to their struggles as one way to defend their socioeconomic and cultural rights.

In Tongliao City, Inner Mongolia, activist Siqinbilige (斯琴毕力格) has been missing since April 12, when police from Jarud Banner (CH: 扎鲁特旗) took him into custody from his home without producing a warrant, according to CHRD’s sources. Public security officials also detained two other individuals, Nashunwuliji (那顺乌力吉) and E’erdeng (额尔登), who they have since released. Siqinbilege is reportedly being held at Huo Linhe Detention Center, but his family has not received a detention notice. Family members have inquired about Siqinbilige’s status at a local police station and government offices, but officials have refused to provide any information.

The detentions are believed to be tied to protests on April 9 in Arikunduleng Township against the Huo Linhe Aluminum Factory. Hundreds of villagers demonstrated against pollution caused by the factory, which is believed to have led to the death and deformity of sheep that grazed on nearby grasslands. Siqinbilege had released a video on April 7 that showed a large number of dead sheep, which reportedly may have spurred the villagers’ protest. Police violently suppressed the protest and detained dozens who participated, and days later took the three men into custody.[1]

Inner Mongolian activist Siqinbilige has been missing in police custody for over 30 days after exposing the deadly effects of pollution on livestock.

In another case tied to disputes over grazing land, five herders—four women and one man—remain in police custody after a demonstration on May 5 against forced appropriation of local land and official corruption in the Urat plains (CH: 乌拉特) in Bayannur. Urat police seized the five at the protest on unclear charges. Reportedly, police verbally informed the family members that the individuals were administratively detained for 15 days, but issued no written notice. The five are being held at an unknown location. They were among a group of Inner Mongolian herders who had protested and petitioned in Hohhot and Beijing after local government cadres illegally rented collective pastureland to an ethnic Han group from outside the region, and without providing fair compensation. Nearly 400 local villagers signed a petition demanding equitable treatment in land acquisition and compensation.

The five detained are:

In another case involving environmental degradation, officials gave seven herdsmen 10-day administrative detentions in March for protesting a polluting zinc and copper smelting plant in Xilin Gol. Over a hundred local villagers petitioned outside the local government offices on March 8. Police in West Ujimqin Banner (CH: 西乌珠穆沁旗) responded by detaining six herders on March 19 and giving them 10-day punishments for “disrupting the order of a work unit” and “disrupting business order.” Authorities detained another herder in relation to the same protest on March 22. It is unclear where these individuals are being held. Local officials subsequently issued a public notice announcing that it was illegal for locals to organize demonstrations using the Internet or mobile phones.[3] China’s draft Cyber-Security Law, if enacted as written, gives the State Council—or governments at lower levels, with approval of the State Council—the authority to restrict network communications. According to the draft, authorities can also take temporary measures in some regions to “fulfill the need to protect national security and social order, and respond to major social [stability] incidents” (Art. 50). So, in essence, the law would allow officials to cut off access to the Internet and other online tools, under the pretext of “maintaining stability.”

This recent string of detentions and squashing of environmental protests in Inner Mongolia are clear acts of government reprisal against the herders’ exercise of free expression and peaceful assembly for the purpose of defending their socio-economic and cultural rights. In 2014, the UN Committee on Economic, Social, and Cultural Rights called on China to take “all necessary measures” to ensure that ethnic minorities have the right to fully enjoy such rights.